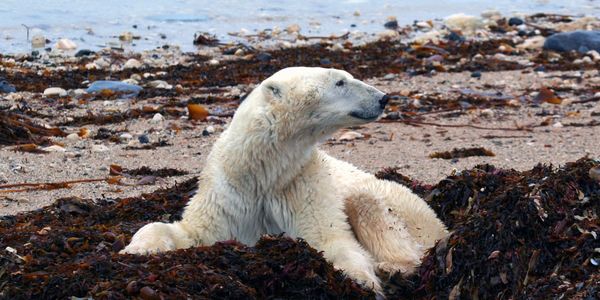 They’re supposed to protect our oceans. Instead, they just hired a climate science denier.

According to their website, the National Oceanic and Atmospheric Association (NOAA)'s mission is this: "To understand and predict changes in climate, weather, oceans, and coasts, to share that knowledge and information with others, and to conserve and manage coastal and marine ecosystems and resources." In other words, it seems pretty clear that one of their very top concerns -- by basic definition -- would be climate change. But not so.

In fact, addressing any of these action points is going to be considerably more difficult now that the Trump administration has hired David Legates. Legates, a scientist who has worked hard to deny the scientific truths of climate change, is now going to be the government agency's deputy assistant secretary of commerce for observation and prediction.

Sign the petition pleading with NOAA to fill this position with a scientist who actually believes in fact, and has enough courage to admit that climate change is very real!

Over the course of his career, David Legates has proven time and time again that he is one of the last people who should be leading the charge in preparing us for what lies in the future for our oceans and atmosphere.

NOAA, as stated above, assesses changes in weather. In 2020, the same year that Legates was appointed, the United States has experienced some of the worst extreme weather events in its history -- and it has all been because of climate change. A particularly dry summer primed the entire West Coast to burst into flame this wildfire season, scorching almost 5 million acres of land, devouring thousands of homes, claiming over 30 lives and injuring many others. Hurricane season on the east coast began with its own boost from global warming, which creates the perfect conditions for deadly storms. In August, Hurricane Laura became the strongest hurricane to make landfall in Louisiana in history.

With David Legates at the helm, these instances will only get worse and more frequent considering he is not willing to address their root cause -- human-induced climate change.

The overwhelming peer-reviewed evidence has long found that climate change, in large part, is caused by human activity -- through the harvesting, processing, and burning of fossil fuels, pollution and waste, factory farming, deforestation, and more. Yet we continue to contribute to the emission of greenhouse gases that in turn warm our planet. But David Legates doesn't even believe that carbon dioxide, one of Earth's greenhouse gases, warms the planet. He is on record blaming the Sun -- that's right, the literal Sun -- for global warming. David Legates is also on record believing that climate change isn't killing the polar bears.

This all hides a deeper and even more insidious secret of his: that he is actually a cowardly, spineless corporate hack who has been accepting payment from the giant pollution industry in exchange for his compliance. And that's not just speculation. In fact, the paper he helped write about climate change denial was funded by fossil fuel giants and lobbying groups that benefit greatly from uncurbed emissions and the subsequent ice melting that strands, starves, and kills polar bears.

He also holds ties with a think tank called Heartland Institute that spends tons of money and time to convince people climate change isn't real. This think tank has literally attacked NOAA in the past, the agency where Legates will now hold immense power.

The governor of his own state of Delaware, Governor Ruth Ann Minner, once sent Legates a letter expressing concern over his unfounded opinions on climate change, during a time when he held a position as a climatologist for the state.

Scientists, experts, and trustworthy leaders agree. David Legates is an anti-science "scientist;" an extremist who uses baseless claims to refute extensively tested and proven facts -- and all for the money. He is too dangerous to hold any position at NOAA. Sign the petition and ask that the agency rescind Legates' appointment, and that they fill that position with a suitable replacement that actually follows science!

Care2
They’re supposed to protect our oceans. Instead, they just hired a climate science denier.
SHARETWEET