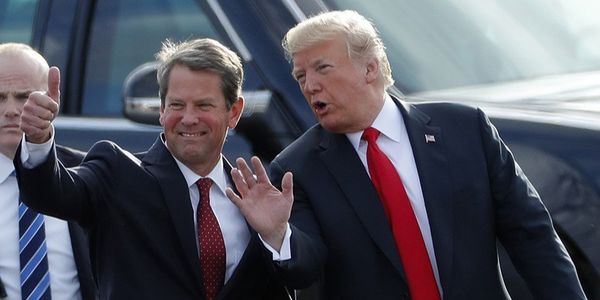 If it wasn't already glaringly inappropriate that the man running for governor in the state of Georgia is also the person administering the election and has been accused of suppressing hundreds of thousands of minority votes in the state, gubernatorial candidate Brian Kemp has concocted a new scheme to meddle in Georgia's midterm election.

Without evidence, Kemp is now accusing Democrats of trying to hack the state's voter registration files. The move, of course, is nothing more than a blatant abuse of power — the latest in a string of such abuses executed by the power-hungry Secretary of State unnerved by high voter turnout.

Whereas Republicans have alleged that Democrats in Georgia sent e-mails admitting to trying to hack into the state's election system, the state Democratic Party in Georgia went so far as to release what it said were the email exchanges in question which clearly reveal that the e-mails were intending to find weaknesses in the election system, not hack into it, as was claimed.

Brian Kemp's insistence on overseeing the election in which he is running has turned Georgia's gubernatorial race into an absolute farce.

Brian Kemp must completely recuse himself and immediately cease using his position to subvert our democratic institutions, suppress votes, and sow distrust within the electorate. Republicans have already proven beyond reasonable doubt that they will go to any lengths to meddle in the midterm elections. After the disaster that was the 2016 election, Americans have had enough.

We, the undersigned, demand that our elections are administered in a fair, safe, and democratic way without any interference from desperate, power hungry Republicans.