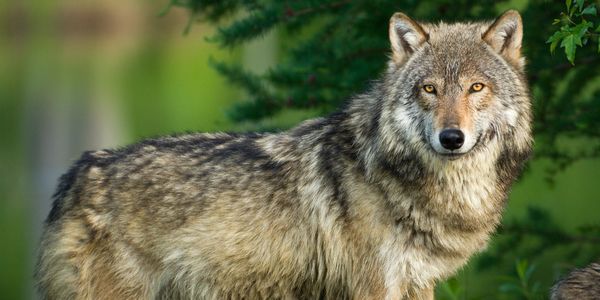 In February, someone callously killed four wolves in Washington state. This isn't only unethical and sad - it's also illegal.

Wolves are frequently misunderstood creatures, and are often targeted by poachers and other murder-bent people. Since wolves are constantly under assault, it's important for authorities to send a powerful message that wolf-killings will not be tolerated. As Sophia Ressler of the Center for Biological Diversity correctly notes, "If poachers are allowed to get off scot-free, it only encourages them to kill again. [The Washington Department of] Fish and Wildlife must follow through and bring the perpetrators to justice."

All signs so far point to poisoning, which is a slow and excruciatingly painful way to die. It's also indiscriminate, capable of killing anything or anyone. A person's pet dog could easily have happened upon this poison that was set out as a trap, curiously licked it, and then died in agony. Even a child could be in danger.

Multiple animal rights organizations have sounded the alarm, pointing out that the Washington Department of Fish and Wildlife sat on this information for months. During that time, this poacher could easily have set more traps, maliciously inflicting slow suffering on any number of wildlife or pets.

Authorities say they are looking for the person responsible for this poaching, but apparently they don't have any leads yet. So seven incredible non-profits have banded together to help find this killer. The Center for Biological Diversity, Defenders of Wildlife, Northwest Animal Rights Network, Predator Defense, Speak for Wolves, Washington Wildlife First, and Western Watersheds Project are - together - offering a reward of $30,000 to anyone who provides information that can lead to the conviction of this poacher.

Once someone finally comes forward with details, we need to know that authorities will actually use this information. Sign the petition to demand that Washington state officials demonstrate how sacred wolves are by holding the poacher accountable!
Sign Petition
SHAREShare With FriendsTWEETEMAILEMBED
Sign Petition
See more petitions:
You have JavaScript disabled. Without it, our site might not function properly.