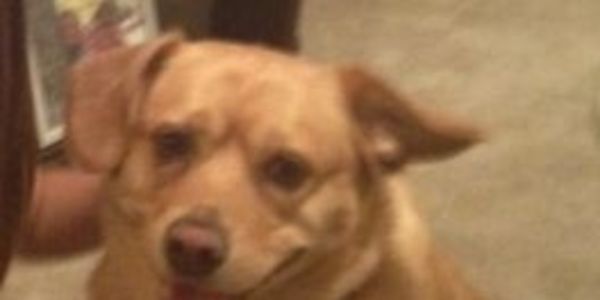 Please everyone, leave your comments but I want to make it clear that the authors of this petition do NOT condone violence, harm, or legal action against the little girl or her parents. Most of us feel for her situation and hope she heals quickly from her injuries. Please do not make violent comments about the little girl and her family as that does nothing to help Buddy's situation. Thank you!

PLEASE TWEET AND SHARE THIS PETITION AS FAR AND WIDE AS YOU CAN! DON'T FORGET THE HASHTAG #SAVEBUDDY - LET'S GET IT TRENDING!

Now that Buddy has been granted his due process and allowed to live for the duration of his appeal, we wish to extend the objective of this petition.

Buddy the Dog is still in solitary confinement at Animal Care Services awaiting his appeal, which could be months away! His owners can’t visit him and haven’t seen him for more than two months. We now beg the City of San Antonio to VACATE Judge Guerrero’s order and release Buddy to his family while he awaits appeal. The City of San Antonio has the power to right this injustice and we call on the City Council, City Attorney Robbie Greenblum and Mayor Castro to do so without further delay.

The cost of boarding Buddy at ACS is very expensive and Buddy's elderly family is expected to pay these fees, as well as any legal costs incurred during Buddy's appeal. For an elderly couple living in an apartment complex, these fees are more than they can likely handle. A compassionate young woman named Deanna has set up a legal fund to help with these costs. If you can, please consider donating. At this time, a little over a thousand dollars has been raised. If everyone who has signed this petition only donates a single dollar, we will meet our initial goal of $5000.00

SIGN THIS PETITION TO BEG THE SAN ANTONIO COURTS TO SPARE BUDDY'S LIFE AND RETURN HIM TO HIS OWNER. THIS DOG DID NOTHING MORE THAN REACT TO WHAT HE THOUGHT WAS A THREAT, AS ANY MAMMAL WITH A FRONTAL LOBE WOULD DO. WE URGE THE JUDGE TO CONSIDER HIS PAST WHICH IS FREE OF AGGRESSION AND REALIZE THAT ANY PROVOKED ANIMAL WILL REACT UNDER THREAT. PLEASE SPARE HIS LIFE, AND RETURN HIM TO HIS OWNERS. WE URGE THE COURTS TO COME TO A FAIR COMPROMISE, ONE THAT WILL MAKE BUDDY'S NEIGHBORS FEEL SAFE, WHILE KEEPING THE DOG ALIVE. ALL LIFE IS PRECIOUS, AND EUTHANIZING A PET SHOULD ALWAYS BE A LAST RESORT!

Buddy the Dog was out on a walk with his 82 year old owner, Homer Mojica, when a little girl approached the dog. What happened next remains in dispute. A signed affidavit from two independent witnesses state that the dog was both leashed and provoked when the 9 year old girl screamed in the dog's face. Buddy reacted by snapping at the girl, causing her to retain scratches, bruises, and a gash on her cheek. Several stitches near her eye area were also needed.

The law requires that "serious bodily harm" be done before an animal can be euthanized but that is a very vague phrase. The girl's wounds have completely healed now, according to her own father. Both sides agree that Buddy has no history of aggression. But Animal Control Services and city officials have reacted by aggressively attempting to have Buddy euthanized. Only an emergency restraining order by Buddy's lawyer, Michelle Maloney, kept Buddy alive for a few days while she filed an appeal. City officials have now agreed to give Buddy his due process by allowing him to live in his tiny kennel at ACS while he awaits the results of his appeal. (UPDATE: He has now been released to the care of a court appointed veterinarian who will care for him while the courts work out what to do.)

Beyond the listed targets, this petition will be sent to the following people: