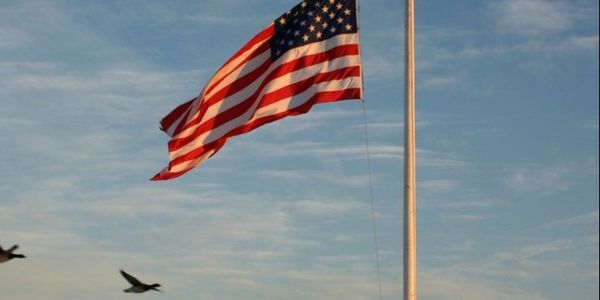 I am not bias towards any party. This is a statement of the truth that has to be said under these circumstances. This is not a game like the media is making it out to be. This is about the lives and suffering of the American people and keeping this a free country. Let's not let this administration crash this country completely.

To vote Democrat come November 8, 2022, mid-term election, is like saying you do not love your country and you do not care about a real future for yourself or the rest of the American people. This petition is to demand that we have the proper amount of law enforcement at the polls to guard the voters against anyone who may try to start a riot, and to demand that the National Guard be on stand-by. We have a corrupt FBI, DOJ, ATF, IRS, and Presidential Administration with double standards. No telling what they have conjured up for election day. Beware of the Gestapo, which is the reason the National Guard will be needed. Don't be afraid. Love your country and sign this petition.

This petition is for all, but mostly for the younger generation and how they want their future to be. The future is theirs. They need to decide whether or not they want to lose their freedom and rights. They need to decide if they want to live in a 3rd world country or a beautiful, strong nation like the U.S. once was, under good leadership. It's not the Democratic party, it's just the corruption and poor leadership of the party.

Crime rates in America is at it's highest. The majority of crimes being committed are in Democratic states and cities. All life's matter! The Biden Administration doesn't care about this issue, much less about going green. Going green is what we all dream of one day, but not over night. The Biden Administration is using, going green, to put money in their pocket by making illegal investments in EV, computer chips, outside of America, and corrupt dealings with China, knowing our country can't survive on clean energy alone, making our country weak. Now we are at the edge of nuclear war. How does that sound for going green.