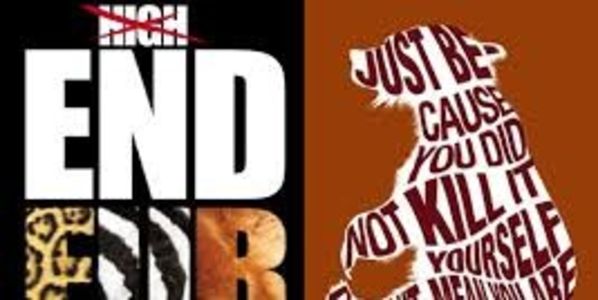 Introduce a Bill Proposing a Nationwide Ban on the Production and Sale of Fur!

on the sale and production of fur coats.

For someone to suggest it, well, here we are, suggesting it.

and religious organizations in Israel. This is the third bill presented to the Israeli Knesset

and become a landmark for animal rights.

for their fur is wrong and 79% would support a nationwide ban.

“Fighting for people’s consciousness is a daily undertaking,

and this legislation may yet save millions of animals,” said Jane Halevy, chairperson of the International Anti-Fur Coalition.

care about protecting animals, which signals the potential for a great deal of change in the future.

This is the second bill in recent years, the other seeking to hold CEOs responsible for animal cruelty,

in which Israel has pushed for dramatic improvements in quality of life for animals.

Several major cities, including Dublin and West Hollywood, have banned the sale and production of fur,

but Israel would be the first nation. If the bill passes it would not only save millions of lives,

but could also be a significant spark for other nations to take action.

We urge the U.S.A. to take the action in this direction, so that others nations may follow as well.

so the world will be one step closer to ending the slaughter of animals solely for the purpose of vanity.

Care2
Introduce a Bill Proposing a Nationwide Ban on the Production and Sale of Fur!
SHARETWEET