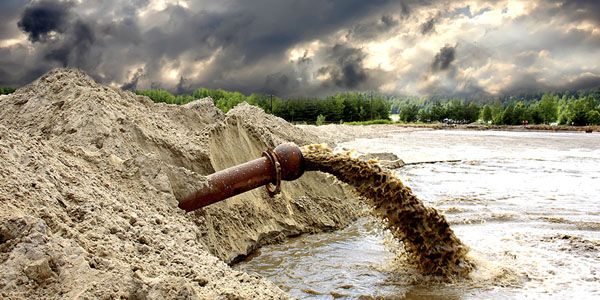 Put a Stop to Industrial Facilities from Dumping Harmful Toxic Chemicals into our Waterways!

Water pollution is no joke, and leads to many deaths all around the world, but nothing is more earth shattering than knowing that industrial facilities in America have been dumping harmful toxic chemicals into our waterways, leading to not only polluted waters, but also destroying aquatic ecosystems, and endangering human’s health.  In 2012 alone over 206 million pounds of harmful toxic chemicals were dumped into America’s waterways by industrial facilities all over America. According to Environmental America, (2014) “Tyson Food Inc.  is the parent-company reporting dumping the largest discharge of toxic chemicals into our waterways, with a total of 18,556,479 lbs – 9 percent of the nationwide total of toxic discharges. Of the top ten parent-companies by total pounds of toxics released, four are corporate agribusiness companies (Tyson Inc., Cargill Inc., Perdue Farms Inc, and Pilgrims Pride Corp.).”

Water contamination comes from many sources which Congress neeeds to act on before it is too late. What I mean by that is, as per U.S. the EPA estimates, every year that in the U.S alone, 1.2 trillion gallons of sewage from household, industry and restaurants is dumped in to U.S. water annually, and that is not including toxic chemicals from industrial facilities. Now combinding all of this with industrial facilities dumping toxic chemicals, than you know each year 1.4 trillion gallons of untreated sewage, storm water, and industrial waste are dumped into American waterways. The Mississippi is one of the dirties rives in the United States, and is heavly polluted, according to dosmothing.org (2014), "The Mississippi River carries an estimated 1.5 million metric tons of nitrogen pollution into the Gulf of Mexico each year, creating a “dead zone” in the Gulf each summer about the size of New Jersey. Approximately 40% of the lakes in America are too polluted for fishing, aquatic life, or swimming. Americans make up an estimated 5% of the world’s population. However, the US produces an estimated 30% of the world’s waste and uses 25% of the world’s resources."

With industrial facilities doing what they want, and with court cases brought by polluters, more than half of America’s streams and the drinking water for 117 million Americans are now at risk of having no protection from pollution under the federal Clean Water Act. This is a serious problem at hand, and one that needs to be taken seriously not just for the aquatic ecosystem, as well as the environment as a whole, but for our sake too.

Please fight with me to put a stop to the deadly water, and help clean up what industrial facilities have been contaminating for too long.

Care2
Put a Stop to Industrial Facilities from Dumping Harmful Toxic Chemicals into our Waterways!
SHARETWEET