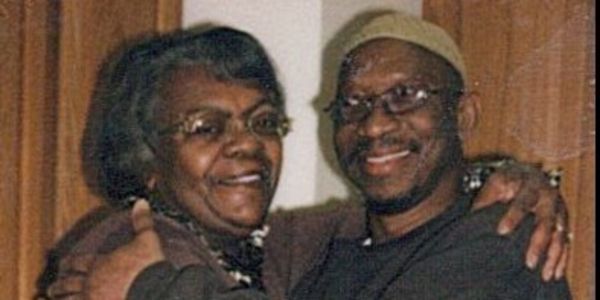 Robert Seth Hayes has been incarcerated since 1973. A victim of the FBI’s illegal COINTELPROgram, he has been behind bars for 43 years and is currently in his sixties.

Seth has maintained an exemplary prison record throughout this time. Seth—a husband, father, grandfather, brother and friend—is nearing his tenth parole hearing in 2016.

During the 1960’s and 1970’s, Robert Seth Hayes was a free man, closely involved in the nation-wide struggles for racial equality and social justice. Seth worked in the Black Panther Party’s free breakfast for children program and began dedicating his life to the betterment of Black people. His knowledge of the effects of racism on the Black community convinced him that the Black Panthers’ program of community service and community self-defense was what was needed.

The FBI and numerous police departments have since apologized for the massive illegal campaign (COINTELPRO) against social movements that left dozens dead and hundreds behind bars. However, the victims of these campaigns are still incarcerated, torn away from their families and communities years later. Seth is now in his sixties—any longer incarceration will do nothing to restore justice. A 43 year sentence is both unjust and unnecessary.

Seth is a man who has refused to allow his years of incarceration to embitter him. He has used it to deepen his commitment to humanity and self-betterment.

While in prison, Seth continues to work for the betterment of the community in which he lives. He has participated in programs with the NAACP, the Jaycees and other organizations and has worked as a librarian, pre-release advisor and AIDS counselor. Whenever possible, he has taken college courses. He has been a mentor and leader to youth both inside and outside prison walls.

Seth finally received treatment for his Hepatitis C this year, and no longer has Hep C. However, he has developed Congestive Heart Failure and emphysema this year. Seth also suffers from Type II Diabetes and high blood pressure. He has been extremely ill and has had great difficulty procuring necessary healthcare. He has needed the help of his lawyers and some state political leaders in order to get adequate treatment.

We ask you to release Robert Seth Hayes as a first step in healing the wounds of America’s violent and racist past. We ask that he be returned to his community of family, friends, supporters, and loved ones. We welcome him back.