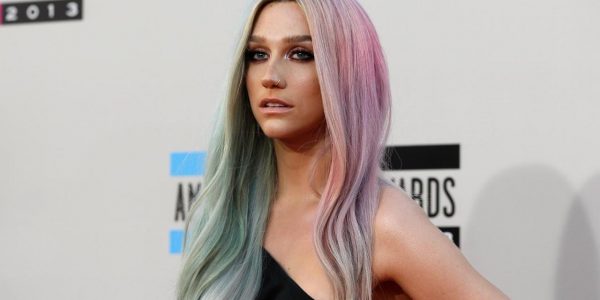 That’s what happened last week when Care2 members used Twitter to school Dr. Luke on how not to treat someone you’ve sexually abused.

It’s a tired and upsetting truth; there are men who abuse women in order to profit from them and maintain power over them. And sometimes it happens right in front of our eyes.

One example is Dr. Luke of Sony, who acts like a pimp in the entertainment industry. His enslaved property? One Kesha Sebert. Yes, the rainbow super pop star of “Die Young” and “Tik Tok”. Kesha told the world and the court system that Dr. Luke has been verbally, physically and sexually abusing the star since she was just 18. He was 30 at the time.

Kesha’s nearly 2-year fight to be legally freed from the man she said abused her and was her producer has been arduous and painful, with wins few and far between. Two devoted fans, 18-yr-old Michael Eisele and his friend Austin Dean, knew they had to support her. So they wrote a Care2 petition to try to #FreeKesha. Their petition has over 230,000 signatures to date. Since the start of this campaign, Michael and Care2 staff have invested many hours and a lot of energy in getting the word out about the petition and protesting loudly on Kesha’s behalf. So when Care2 learned from Kesha herself that Dr. Luke was standing in the way of her performance at the Billboard Music Awards, we just about lost it. We couldn’t stand by while this predator once again limited a creative genius.

Then we remembered our secret weapon: 230,000 petition signers who would also not just stand by, including Kesha’s mom. We asked each and every one of those signers to join us in flooding Twitter with the outrage we were feeling. Together, we were determined that Kesha would perform in all her glory.

The templates were simple. We asked Care2’s #FreeKesha supporters to tweet with one of the following messages:

#BBMAs hosts @Ciara @Ludacris should speak out to support Kesha during the show. RT if you agree! #FreeKesha https://t.co/FMPCzWZJr7 @Care2

Kesha’s mom even joined the storm!

You see, the entertainment industry depends on us, the fans. We knew that if enough of us promised to boycott the event and asked for its hosts to stand up for Kesha, we held the power. And we were right: after only 24 hours of Care2 members bombarding the Twitterverse with your anger, Kesha was back on!

SUCCESS! After hundreds of you tweeted @TheDoctorLuke, Kesha is back on to perform at the #BBMAs! #FreeKesha pic.twitter.com/Zg4yCFXAhb

What she delivered was absolutely breathtaking. The Care2 staff may have shed a tear or two watching her very emotional and minimalist cover of Bob Dylan’s “It Ain’t Me, Babe”. Because we had a hand in making sure she made it on that stage, the feeling in her performance resonated with us deeply.

Kesha at the Billboard Music Awards

In the past, Dr. Luke might have gotten away with keeping Kesha from performing just to assert power and control over her. But not anymore. Not with thousands of supporters ready to back her up at a moment’s notice.

This is where Care2 petitions and member outcry can influence the court of public opinion in a big way, and that in turn changes the minds of the powers that be. This kind of abuse of power happens all the time and we rely on you, our members, to tell us about it so we can all work together in fixing the problem.

Do you see an issue of gross misuse and abuse of power that you want to stand up to? Join Care2 authors like Michael today in writing your own petition for good. Who knows, Maybe a twitterstorm is in order. 😉