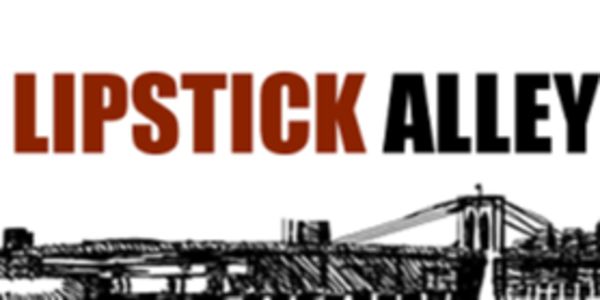 Boycott and Shut Down Lipstick Alley

The forum Lipstick Alley needs to be shut down for good. This hate site/forum openly publishes libel and defamation that routinely ends up at the top of search engine results. Innocent people have encountered some of the vilest and most disgusting hate speech directed toward minorities, whites, people of color, people with disabilities, and even children. Cyberbulling is openly tolerated and often encouraged by the site's moderators. The site has been in operation since 2001 as a place for groupies to post their sexual encounters with celebrities (many of whom were often married). They referred to this disgusting practice as "spilling tea." However, this site has devolved even further into a cesspool of cyberbulling. Currently, the favorite topics are to attack and degrade people of any race with a darker complexion. There are daily, vicious threads in "trending" or "hottest" threads designed to tear black women down. It feels like an agenda. There is also an open hatred toward anyone in the Latino or African communities. The moderators do nothing to stand up against libel and bullying; often, the moderators can and do read private messages and even post the private information of those using the "anonymous" feature. (called exposing or revealing incogneato.)  Based on SEVERAL lawsuits that Lipstick Alley has ALREADY faced, the ownership of LipstickAlley is questionable. Examples of these lawsuits include Hall v. LipstickAlley and Reed v. LipstickAlley. It's all public record --- although lipstick alley claims to be black-owned and preach black unity, it appears to be owned by a hate group who operate in the state of New York. One of the owners identified himself as "Jeff." Who "really" owns Lipstick Alley? There are also open nazi nationalists on the site who openly hate all "non-Aryan" people. In February 2018, David Duke was exposed to have an account and even tweeted the website to his twitter follwers. This is not a joke - you can look it up by searching "David Duke Lipstick Alley". There are no telling how many white nationalists have overrun the site, in conjunction with the existing libel and bullying. It has already been exposed that user info is sold to private-interest groups. It is clear that "Condi" is just a cover and this moderator does not have the power of the REAL owners of LSA in New York. The level of hatred and bullying goes beyond anything you see on the comments section of mainstream news such as CNN, HuffPost, TMZ, etc, on which you can report and have hateful or racist content removed. In addition to the hate speech, posters who claim to have juicy insider gossip openly blatant LIES post about celebrities or laypeople, and unfortunately, lives, marriages, and careers are being ruined by this site. Celebrities who have been defamed, abused, and/or ruined by this site, for example, include Ice Cube's son, Oshea Jackson Jr., Claudia Jordan, Jermaine Hall, Kasim Reed, among others. Even worse, a lot of entertainment sites are getting FALSE information directly from Lipstick Alley and reporting it as news. Examples of sites who have gotten direct info from LSA include MediaTakeOut, Fameolous, The Shade Room, WorldStarHipHop, Bossip, Empressive – which as you notice most of the stories on sites like MediaTakeOut or the "music documentary" channel called Empressive are FALSE. Even an individual who has worked at TMZ allegedly took info from Lipstick Alley to report on Jesse Williams, which is why some of the original reports had to be corrected. It is time for celebrities and laypeople who have been defamed by LipstickAlley and the lies posted to band together and shut down the site for good. Even if you don't care about defamation of adults, you should care about the well-being of innocent black children. I do not want to live in a world where a little black girl encounters abusive, daily threads in search engine results, defaming her for no other reason that the complexion of her skin (over which she has no control). This hate speech forum just is not right. Share this petition if you are tired of the hate speech site that is called Lipstick Alley, and support ANY lawsuit against that site until it gets shut down.