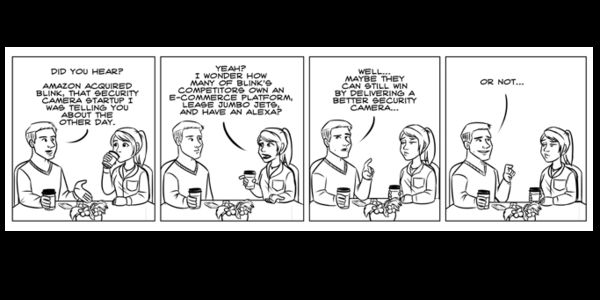 Giant Technology companies such as Amazon, Google, Facebook, and Apple, have accumulated far more power than any privately held entity should be allowed to hold. These giants, who impact the daily life of billions of human beings, are really accountable only to their owners: they are barely accountable to their shareholders and customers, and not at all to society at large. It is time that these giants, who have proven over the years to be careless and irresponsible with the power that they wield, harmful to the competitive ecosystem, and stubbornly heedless to calls of reform, are broken up into smaller units, each far less able to harm the common good as spectacularly as have, for example, Facebook and Google done to our political system, and Amazon has to our system of competitive capitalism.

We, as information technologists, have experienced first hand the stifling, stultifying, suffocating, effect that companies such as Amazon, Google, Facebook, and Apple have had on innovation. How can innovation happen when: (a) These Tech giants compete against much smaller companies and offer their products for free -- products that are almost always inferior to those created and made by passionate independent innovators, (b) Threaten to exert, or exert, their power if an innovative company threatens one of their lines of business, or (c) Buy out companies that show promise, only to almost always kill off the budding innovations from those companies if those innovations turn out to be too disruptive to, or not aligned with, the narrow growth strategies of the acquiring giant companies.

We, the undersigned, call on the Federal Trade Commission -- and do and will support it if and when it should undertake -- to break into seperate entities Amazon, Google, Facebook, and Apple.