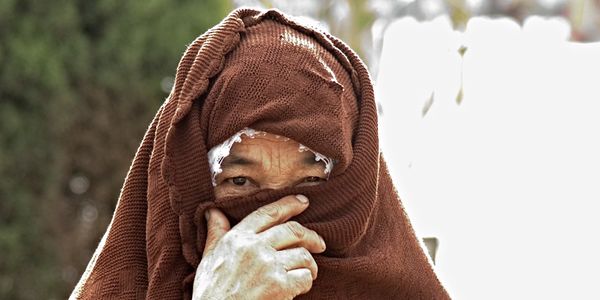 Since 2014, the Chinese government has been actively detaining, indoctrinating, torturing, and exterminating Uyghur Muslims in the Xinjiang region of the country. It has been correctly defined as a genocide in which, so far, anywhere between 1 and 2 million innocent Uyghurs have been locked in internment camps. While forced into captivity, they have been subjected to countless human rights violations -- they are physically and sexually abused, deprived of food for prolonged periods of time, forced to speak Mandarin instead of their own Uyghur, many women are chemically sterilized, and an untold number of them have lost their lives.

One of the main groups behind the nightmares in Xinjiang is the Xinjiang Production and Construction Corps (XPCC) -- and the U.S. company Apple has recently come under fire for directly supporting them by hosting over a dozen apps created by XPCC.

Sign the petition and demand that Apple openly condemn the genocide of the Uyghur Muslims by breaking ties with XPCC at once and removing these apps from their App Store!

The horrific violence in the name of Uyghur eradiction by the XPCC is well known to the United States -- so well known, in fact, that the U.S. Department of Treasury imposed sanctions on the group, barring any U.S. group from working with them. But apparently, Apple doesn't think this applies to them, nor do they seem to care why the sanctions were put in place to begin with. Namely, to discourage the wiping out of an entire ethnic group of people.

German anthropologist and expert on the Uyghur genocide Adrian Zenz calls it "the largest incarceration of an ethnoreligious minority since the Holocaust."

Sign the petition and tell Apple they've got blood on their hands until they openly and quickly condemn the heinous actions of XPCC, and remove any and all of their content from the Apple App Store!