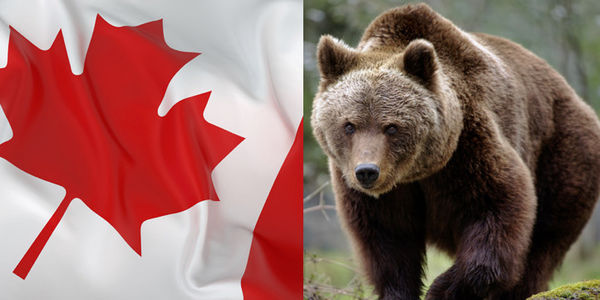 If the horrible COVID-19 pandemic that's rattled the entire world has taught us anything, it's this: our collective global health depends on us not exploiting wild animals, such as bats sold in markets for food.

Some countries may project an aura of being so very aware of this fact — but be careful not to automatically trust the posture they're putting on. One such country is Canada. Home to politeness, universal healthcare, and many incredible great national parks, it might seem like Canada would understand the calculation in which respect for wildlife = health (and kindness). But a new report by World Animal Protection shows how untrue this is.

In fact, Canada turns out to be a "major contributor" to the international trade in wild animals, including exotic pets, cruel hunting, and grotesque "trophies."

Sign the petition to demand that the Canadian government strengthen its laws against the trade in wild and exotic animals!

Not only does Canada participate in the import and export of wild animals, it doesn't even keep track of this trade, lacking official records tracking numbers. On top of that, there's no one single agency that has jurisdiction over wildlife imports — meaning these types of "transactions" can often fall into cracks and gaps between agencies' work.

Expert sources suggest that in the five years from 2014 to 2019, upwards of 1.8 million wild animals from 76 different nations were ultimately imported into Canada. These 1.8 million wild animals were, by and large, not sufficiently scanned and screened for dangerous pathogens. Imports were even allowed from areas that were known to be "emerging hotspots" of viruses and diseases. In other words, any one of these imports in the future could become spreaders of the next coronavirus.