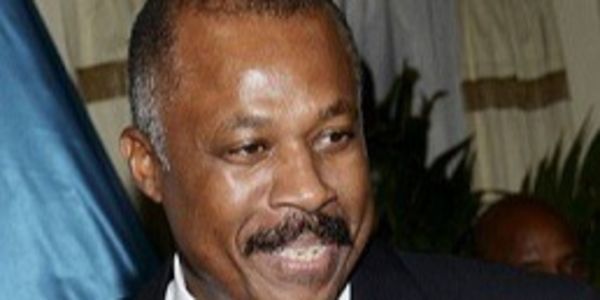 Below is an edited version of an email I sent to National Action Network leader Reverend Al Sharpton on Friday, 15 January 2021 urging him not to risk perverting peaceful, non-violent struggle icon Martin Luther King Jr's name and legacy by using it to honor University of the West Indies Vice Chancellor Sir Hilary Beckles.

I am urging Rev Sharpton to postpone the Beckles award pending investigation of cynical character assassination, plagiarism and related pedagogical "modern slavery" allegations against the University of the West Indies Vice Chancellor.

My name is Junior (Jay) Campbell and I am an England-based Barbadian holistic communication and education specialist, trading as Intelek International.

Between 2001 and 2002, I was a consultant to the Barbados Government Commission for Pan African Affairs (BGCPAA) established by then Prime Minister Owen Arthur, now deceased.

I had also been a student at the University of the West Indies Cave Hill Campus since 1995.


However, my association with Sir Hilary Beckles, upon whom you are intending to bestow an honor in the name of the iconic non-violent resistance practicing, peace-maker Reverend Martin Luther King Jr (MLK) goes back at least to the late 1980s or early 1990s, when I shared a copy of the manuscript to my then unpublished book, The Bible: Beauty And Terror Reconciled with him and asked him to write a foreword to it.

Evidence that I am presenting to the Inter American Court of Human Rights (IACHR) suggests that Sir Hilary refused to do the foreword because he saw an opportunity to advance his own career at my expense.

The evidence suggests that from then until now Sir Hilary has been conspiring with disgraced politician Donville Inniss, his UWI colleagues Steven Mendes, Margaret Gill, Alvin Thompson, Pedro Welch, Noel Titus and other conscious or unconscious gender, race, religion, sexual orientation and related identity trading racketeers to discredit, intimidate and control me and othr academics - like pedagogical slaves.

This evidence, some of which I have been publishing for many years, is based on direct interaction with Sir Hilary and direct and indirect contact with other academic, politicians, religious clerics entrepreneurs and trade unionists allied with him in Barbados, Jamaica, the United Kingdom, Canada, Australia, China, India, Israel, Iran, Scotland and elsewhere.

This evidence has led me to believe that Sir Hilary has blood on his hands - at least academically - and that he is deeply deficient in the self-sacrificing practice of peaceful, non-violent struggle that an award in MLK's name would suggest.

Please postpone Sir Hilary's award until the IACHR has completed its investigation.

As I suggest in a related petition you could instead consider honoring the Black policeman Eugene Goodman who stood alone in the face of an armed White supremacist mob as they stormed your nation's capital.

None of us is perfect. MLK had his faults too.

But does his family deserve his legacy being tarnished by cynical pedagogical perverts and their bottomless, borderless hubris?

Please do not risk this at MLK's expense.