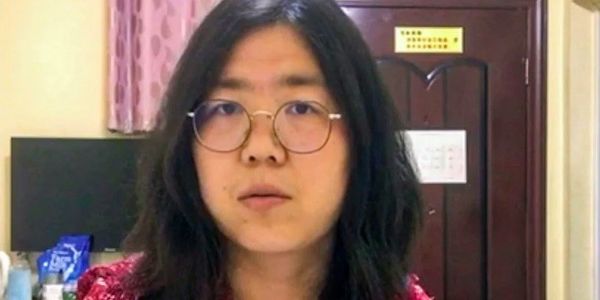 She reported the truth about COVID. Now she's in jail and suffering.

Zhang Zhan is 37 years old. She's a ground-breaking citizen journalist and former lawyer. And she's just been jailed by a Chinese court for four years after she became one of the first reporters to document the growing coronavirus pandemic in Wuhan back in February 2020.

Sign the petition to demand that Ms. Zhang be released immediately!

Zhang spent more than three months, from early February to mid-May, carefully reporting on COVID-19 and its harrowing impacts on residents of Wuhan, China. Using Twitter, Youtube, and Wechat, she shared videos and photos documenting everything from the eerie quiet of empty shops and streets to the chaos and terror of hospitals filled to capacity.

Chinese authorities kicked out most members of the foreign press, including reporters with the Washington Post, New York Times, and Wall Street Journal, but Zhang pressed on, committed to truth and transparency.

Then, the Chinese government sent in the police. They arrested and detained her. And now, she's been found guilty of so-called "picking quarrels and provoking trouble." How is that even a criminal offense? But unfortunately, she's not the only one. Citing "provoking trouble" is a method the Chinese government frequently uses to imprison human rights advocates or anyone else who does not fall into line. That includes several other journalists who have reported on the pandemic from within China.

However, journalists in China are not the only ones facing very real threats and danger. Even in the United States, violence from right-wing Trump supporters has grown to include death threats and bomb scares, with mob-members chanting for reporters' executions. All around the world, violence and terror against members of the press are increasing. But that doesn't mean Chinese officials should be allowed to get away with punishing Zhang Zhan.

Care2
She reported the truth about COVID. Now she's in jail and suffering.
TEILENTWEET