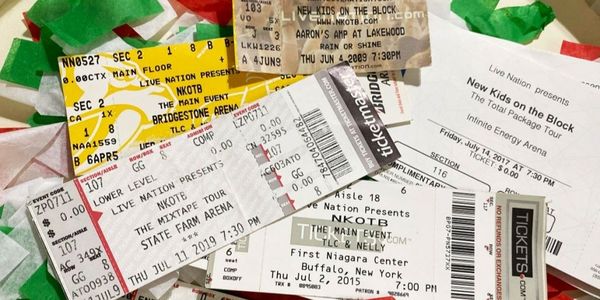 Tell the Justice Dept to break up Ticketmaster's monopoly!

With the announcement of the first tour from superstar Taylor Swift in 5 years, fans immediately panicked about the ticket buying process. It was put on by Ticketmaster, a corporation infamous for screwing over fans — so despite dedicated pre-sales with an intense vetting process, millions of fans were disappointed by long queue times and website difficulties. Then, in no time at all, resellers were already posting tickets back on the platform to be sold for a massive upcharge (some as much as $22,700… you heard that right!) The pre-sales went so bad, Ticketmaster has now fully canceled their on-sale to the general public.

In the past decade, it has become increasingly more difficult to secure tickets to shows of all sizes. It's not because of the artists themselves, but because of resellers and the megacorporation monopolizing the music industry — Live Nation and Ticketmaster. Their 2010 merger that should have never been approved is now the reason they monopolize over 70% of the market.

Add your name to demand the Department of Justice launch an immediate investigation and break up Ticketmaster!

In the past 12 years, both industry professionals and consumers have experienced increased prices, ridiculous fees that can almost amount to a whole ticket, ticket buying limitations, and more. The merger did not promote "robust competition" like the Department of Justice predicted, instead the opposite is now true. Fans and event goers of all kinds are now completely at the mercy of Ticketmaster and Livenation.

Their abuse of consumers can not be allowed any longer — the DOJ has a responsibility to put a stop to it.

Sign your name to call for an end to Ticketmaster and Livenation's monopoly!