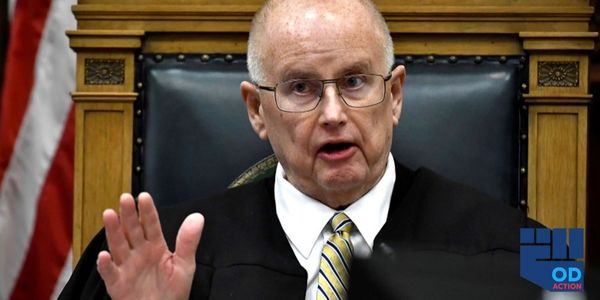 Kyle Rittenhouse, the Republican teenager that went to a different state to murder protesters, walked free — and it's thanks to the clearly biased Judge Schroeder. The Judge, who has made anti-Asian microaggressions during court as well as has God Bless The USA as his ringtone, has kept significant evidence from the jury.

Some of the documentation Schroeder conveniently banned is any reference to Rittenhouse's post-murder outing where he happily drank with the Proud Boys while wearing a shirt that says "Free As F*ck." Not only this, he banned any reference to the victims as…. You guessed it, "victims." But, a right-wing political commentator was still allowed to give testimony.

Add your name to call for the judge giving Kyle Rittenhouse an unfair trial be removed!

The prejudice is clear.

During the heat of Black Lives Matter protests, Rittenhouse went to a different state and shot three people (two fatally.) A teenager convinced it was his turn to play cop took away the lives of two BLM protesters forever. Throughout his trial, the judge empathized with Rittenhouse's crocodile tears — and effectively helped him avoid the consequences of his actions.

There is no reason that a judge should have encouraged his charade, or helped to exonerate him. Now, Rittenhouse is free to reinforce a dangerous precedent that could turn protests into conservative hunting grounds.

Sign now to demand the removal of Judge Schroeder!