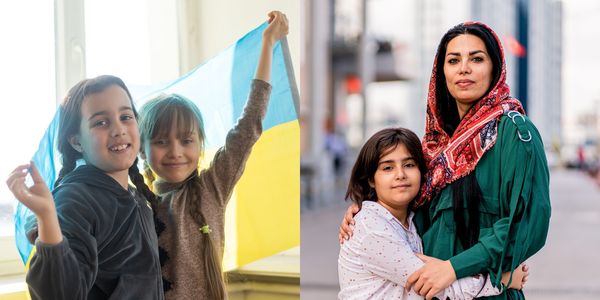 Stand With Ukraine; Stand With All Freedom Fighters.

The year 2022 has reminded us of the painful reality that people all over the globe are locked in major international conflicts to fight for their human rights and freedom. Amidst the turmoil, it's sometimes easy to miss the race-based discrimination that the media displays in its coverage of these tragedies.

Sign the petition to urge media organizations to cover conflicts around the world with the same urgency and respect as Ukraine!

When Ukrainians bravely fought back against Russia's invasion, the media covered their courage, and the world rightfully cheered them on. That's just as it should be. However, similar struggles have been unfolding in Palestine, Yemen, Kashmir, and other regions, yet they usually don't receive much attention from the mainstream media, and are often even vilified. In these war-torn regions, families have also been battered, broken apart, and displaced from their homes -- if they even manage to survive long enough to flee.

This year's theme for the United Nations International Day of Peace is "End Racism. Build Peace." We want to join the UN in "creating a world in which people are treated equally, regardless of their race," by urging the media to cover a wider spectrum of conflicts across the globe -- and to do so without biases.

All over the world, people are waving Ukrainian flags outside their homes. The public support is well-deserved, and is partially thanks to the nuanced and fair media coverage of the War on Ukraine. Reporters must build on this excellent work. Now we need this same kind of coverage elsewhere, too.

When the war first started, some journalists and political figures expressed their horror at how such a conflict could happen to a "civilized" nation. Speaking about the hypocrisy, journalist Rula Jebreal put it simply: "Atrocities start with words and dehumanization… The racist subtext: Afghans, Iraqi & Syrian lives don't matter, for they are deemed inferior – 'uncivilized.'" Every day that reporters continue to prioritize some nations' struggles over others' perpetuates this subconscious hierarchy that some places are more worthwhile, or that some places should be safe and offlimit for violence.

We must challenge this implicit racism -- and it starts with asking major news outlets to examine their reporting.

Sign the petition to urge media organizations to cover conflicts around the world with the same urgency and respect as the War in Ukraine!

Care2
Stand With Ukraine; Stand With All Freedom Fighters.
TEILENTWEET