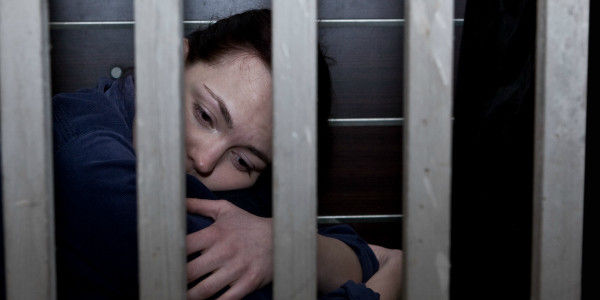 A failed system has put nearly 750 people on California's Death Row. Many of these people suffer from mental illness, intellectual and developmental disabilities, and the lingering effects of addiction, poverty, and extreme childhood abuse. Nearly half of them were teenagers or young adults when they were sentenced to death. Two thirds of them are people of color.

We know innocent people are sentenced to death. Just this year, a man was released from California's Death Row after 25 years when the state Supreme Court ruled that he was convicted by evidence that was "false, extensive, pervasive, and impactful." Innocent people in other states have been executed, and California's Death Row is filled with people who were convicted on the same junk science that has led to hundreds of wrongful convictions nationwide.

California Governor Jerry Brown is near the end of his final term in office. Sign this petition to ask him to remove as many people as possible from Death Row before he leaves.

The state Constitution allows the governor to exercise mercy by granting clemency and commuting the death sentences of the men and women on Death Row. There is a long history of governors, from both parties and around the country, granting clemency as they leave office. Governor Brown should join this movement: it makes sense, and it's the right thing to do.

Clemency does not mean that people on death row will be released from prison – they will continue to be held accountable for their actions. But this will send a clear signal around the country and the world that death sentences and state killings are inhumane relics of the past.

California has the largest Death Row in the Western Hemisphere, and maintaining it costs $150-million every year. This practice continues despite the fact that the death penalty does not deter crime. Breaking cycles of violence and prioritizing justice over vengeance has been proven over and over to be the effective approach to improving the lives of all people.

Sign this petition to let Governor Brown know that you support him signing as many commutations as possible in his remaining days in office.

I respectfully request that you grant as many commutations as possible to people serving death sentences in California during your remaining days in office.

There are many reasons to oppose the death penalty: its dysfunction, its cost, its ineffectiveness in addressing the root causes of crime and violence. But more importantly, it is just plain wrong, and we need to move on from it as a society.

Only you have the power to take this step. You can begin the commutation process for the people on death row: those who could face execution, those who were teenagers and young adults when they were sent to death row, and simply everyone sentenced under this arbitrary, unjust, and racist system. While governors of both parties have taken similar steps in other states, this could be the single most important act a leader has taken in generations to address the injustice of death sentences.

Please cement your legacy by taking as many people off of death row as possible. The country needs a visionary leader to pursue "just mercy" today, while so many others in power call for racist and reactionary violence. I will support you, as will many thousands more.

You can set an example of moral leadership that will go down in history.