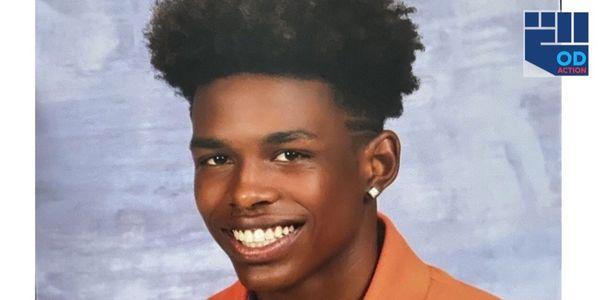 Fire the Atlanta cop who killed a man having a mental health crisis!

Atlanta PD were called by 22-year-old Nygil Cullins' parents to assist him with a mental health crisis, but by the end of the night he was shot and killed by police. As Nygil was making his way out of a restaurant they had previously tried to escort him out of, he was tackled by a security officer (after already being tasered.) Alarmed, he shot at the officer and was subsequently shot himself. Atlanta PD killed a young, Black man experiencing mental health issues and still their spokesperson had the gall to assert the "officer did a great job to isolate the subject to the front of the business where no patrons were in harm's way." It's criminal.

Nygil's mom found a bed for him at a behavioral health center and told 911 dispatchers all police had to do was escort him, she would take care of the rest. Instead, her cries for help were ignored — replaced with more needless trauma.

Add your name to demand the Atlanta cop who killed Nygil Cullins lose his job!

This marks the 50th police involved shooting this year being investigated by the Georgia Bureau of Investigation alone. Police officers do not get to be judge, jury, and executioner. It should be one of their top priorities to avoid such violence — no matter the situation. Cops do not get to decide who is worthy of living and who is not.

The police department not only doubled down on their response to the situation but also went as far to praise the officer responsible, their lack of care for human life is more than clear. APD has blood on their hands, someone must be held accountable.

Sign your name to call for the immediate termination of the cop who fatally shot someone who was in crisis!

Care2
Fire the Atlanta cop who killed a man having a mental health crisis!
TEILENTWEET