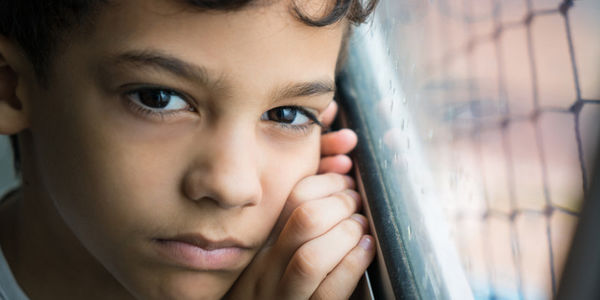 Children Are Dying to Fill Up Our Smoothie Bowls. Demand Protections for Açaí Harvesters!

Mmmm... a nice açaí smoothie. Filled with antioxidants and supposed health benefits, it's the belle of the healthworld ball! But what's healthy for you and me is hell for children in Brazilian families. Picking açaí is an exploitative, sometimes murderous, journey for underpaid families in the Amazon to harvest these berries. One that's largely performed by children as young as 9 years old.

Most of the world's açaí comes from Brazil, where an estimated 120,000 families work the forest harvests, doing whatever they can to survive. But açaí berry trees are unwieldy beasts: the fruit sits at the top of long, spindly trees that are too thin and fragile for most adults to climb. When bearing the weight of people larger than a child, the trees' trunks have been known to snap right in half -- dropping whoever is at the top of the bow right to the ground, crushing them. If they survive, the individuals are often at least partially paralyzed for life.

Many parents don't want to send their children up into the açaí trees. In fact, families often fear for their children's lives. But living on subsistence earnings, they often have no choice. And so small children, many around 12 years old but some significantly younger, wrap their feet in cloth to protect themselves, attach knives around their waists, and climb story after story after story up into the air... often 65 to 70 feet high to finally reach the precious berries.

But despite their small physical presence, the children aren't immune from injury. Researchers have found that countless youths have fallen from the trees -- some recovering after hospitalization, and others dying. Some minors simply went out into the woods for the harvest and never returned again.

The dangers are manifold: in addition to the dangerous work of scaling 70-foot-tall, thin, breakable trees, the children also contend with scorpions, snakes, biting spiders, tree branches that literally impale their limbs -- cutting right through their bodies -- and poisonous bees that spit fire. That's why açaí-harvesting is considered "one of the most dangerous jobs" in Brazil.

Açaí is known as "black gold" in Brazil. Selling for upwards of $15 as part of a fruity bowl in the U.S., families are paid less than $3 per large bucket of berries collected. An entire family could spend a whole day up in the trees -- sending adults and children alike high into the air -- only to earn less than $40 for the day, even on a good day.

Some companies claim to only deliver "fair trade" açaí, but experts say such a claim is impossible -- that no such thing as "fair trade" açaí exists. The supply chain right now is far too spread out to track any individual berry and to know where it comes from. This is partly because Brazilian law, right now, does not provide any labor protections that ensure a livable wage for açaí harvesters. Children who are up in the trees are also often flying under the radar of any federal oversight -- and greedy middlemen who buy and sell açaí take full advantage of this, underpaying the families and squeezing them for more.

Care2
Children Are Dying to Fill Up Our Smoothie Bowls. Demand Protections for Açaí Harvesters!
TEILENTWEET