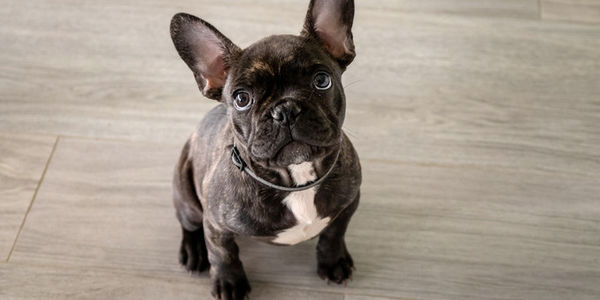 These men turned a gun on her and demanded she hand over her puppy.

Sarah Vorhaus was just having an average Tuesday outside, walking her two beloved dogs. That all changed when four masked men appeared, one waiting inside a nearby car. She didn't realize they were there until suddenly a male voice from behind told her:

She turned around and saw a gun pointed directly at her.

After that, everything happened very fast. One of the masked men punched her multiple times in the face, leaving gruesome marks and horrible bruising and swelling. But that wasn't the worst part. After punching Sarah, the man reached down and grabbed her 5 month old puppy, a French bulldog named Chloe. Then the violent, armed men ran off to join their fellow accomplice in his car and drove away.

These dangerous, gun-wielding dog-nappers cannot be allowed to get away with this! Sign the petition to demand justice!

Apparently, what happened to Sarah unfortunately isn't all that unique. French bulldogs are the fourth-most popular breed in the United States and where Sarah lives, in San Francisco, Frenchies are the #1 most popular breed. That's made these dogs and their owners prime targets for violent attacks.

Stolen French bulldogs can often sell for several thousand dollars, running from $1,500 to $8,000 on average. Last year in 2020, several French bulldogs were stolen in the Bay Area, with some never being found again.

Sarah says she doesn't even care about finding or arresting the men who attacked her. She just wants her beloved dog back. This all happened on Tuesday, January 5 and every day that passes is another day that Sarah remains separated from her precious pup, Chloe. We have to make sure that Chloe is found — and soon — before someone else becomes her new owner.

Care2
These men turned a gun on her and demanded she hand over her puppy.
TEILENTWEET