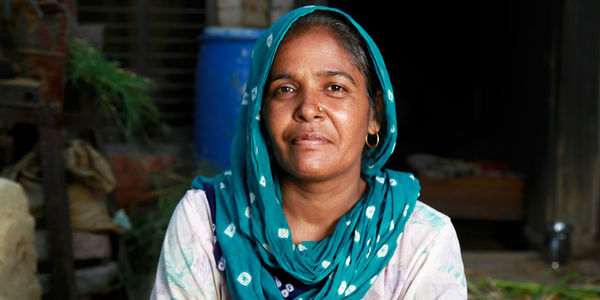 These new corporate giveaway laws are so bad, 3% of the world's population is on strike in India

Indian workers were already under siege before their government took up laws against them.

As of now, the country accounts for the second-largest number of confirmed COVID-19 infections in the whole world, with many of the cases confined to working class individuals who have no choice but to be out and about. Then, with sickness on the rise and an economic downturn causing tens of millions of people to lose their jobs, Prime Minister Narendra Modi chose to twist yet another knife further in by passing a series of laws to grant shocking levels of power to corporations.

Sign the petition to demand that Modi and his government repeal these egregiously anti-worker laws!

Since the pandemic began, margins of inequality that were already cavernous have begun to rapidly widen even more. Unemployment has risen to 27%, the highest level ever. Suicide among farmers has increased. Three-quarters of Indians living in rural areas cannot afford to buy nutritious foods for themselves, their children, or their families. Yet the rich get richer: billionaires owning the biggest corporations in India have increased their immense wealth by 35%, together accounting for $485 billion.

Apparently using the motto "never waste a good crisis," Modi's government has used the economic recession as an opportunity to increase corporations' strength while disempowering workers who are already down on their luck and can't afford to fight back. One of these laws gives corporations the ability to set agricultural prices and undercut farmers who already live at subsistence levels. Another restricts citizens' ability to sue corporations and even limits courts' jurisdiction over said lawsuits.

As a farmer interviewed by Amy Goodman on Democracy Now explained: "They are dismantling the right to legal recourse." Even the Bar Council of Delhi has gotten involved, decrying these laws as "extremely dangerous."

These laws are even more chilling because they target laborers in India's largest industry: agriculture. Farming provides 60% of India's population with their main source of income and employment. Yet most of these individuals are barely scraping by with their meagre agricultural earnings. By attacking this sector, the government is attacking the vast majority of its people, including the poorest of the working class.

Luckily, workers in India aren't backing down. In an amazing display of solidarity, they have banded together to create the largest workers' strike in the history of the country — and even in the history of the entire world. It began with hundreds of thousands of farmers initiating a peaceful protest. Then, workers from countless other sectors — energy, transportation, banks, insurance companies, public sector jobs — began to strike to show their support. Poets, artists, and Olympic-medal winning athletes have returned their awards and medals to show their disgust for this government.

Now, the strike is up to 250 million people participating. That's as much as 3% of the entire global population, and larger than the entire U.S. workforce. And they need to know the world is watching and has their backs.

Care2
These new corporate giveaway laws are so bad, 3% of the world's population is on strike in India
TEILENTWEET