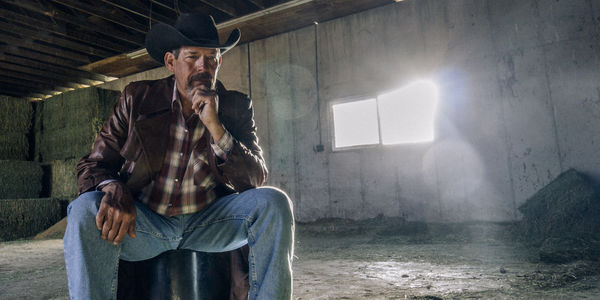 Part of the U.S. West is Known as the "Suicide Belt." Congress Can Change That.

The past few years have been extremely difficult for all Americans. Between the COVID-19 pandemic, climate disaster after climate disaster, and the recent economic recession, people of all backgrounds are struggling to manage their mental health.

But the U.S. Mountain West region - comprising Wyoming, Montana, Utah, New Mexico, Nevada, Arizona, Colorado, and Idaho - has been hit particularly hard. Eight of the top ten states with the highest suicide rates fall in that region. Congress must take action to protect people's mental health and their livelihoods, and get this region access to therapy immediately!

We can't afford to wait any longer: people's lives are literally on the line. Sign now to demand Congress fund a federal program to recruit and pay therapists to work in rural areas in the Mountain West!

On an average year, suicide deaths in the United States are far more common than homicide deaths - more than twice as many people die from the former. Yet in many parts of the country, especially rural areas, resources for mental health support are lacking. The fact that there are so many guns in rural communities doesn't help, given that most deaths by suicide are from firearms.

Paradoxically, despite having disproportionate power in our state and federal legislatures, white men are at the highest risk for suicide deaths, particularly in small rural communities. Research shows an unwillingness to be vulnerable and talk about their feelings - one classic trait of toxic masculinity - is hurting men's chances of survival and recovery, according to some experts.

This country was founded by and for white men, and the laws here still largely benefit white men. So the fact that white men are committing suicide at such high rates tells us a few things: first, that patriarchy and white supremacy hurt all of us, and also, clearly no one is thriving in the United States right now.

Clearly, under our currently terrifying economic, health, and environmental prospects, even those who have the most privilege are still prone to suffering. If that is the case, then we need to rethink how we have shaped this society. Toxic masculinity and patriarchy are hurting even those people whom it supposedly helps the most. So we need to respond by getting vulnerable and curious about our feelings. This is a key component for how we're going to heal, as an entire nation.

Congress' inaction on the mental health crisis is inexcusable. We need a comprehensive program to recruit and sufficiently pay therapists to work in rural areas with less access such as the "suicide belt."

Care2
Part of the U.S. West is Known as the "Suicide Belt." Congress Can Change That.
TEILENTWEET