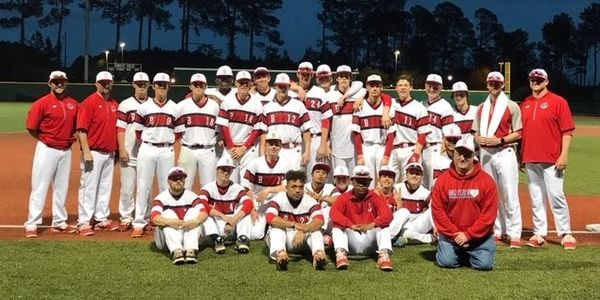 Support Coach Ryan. We want Coach Ryan to be able to stand next to his team again.

Chris Ryan became the new head coach of Butler Baseball last Year in June 2018. He immediately established positive changes within the program.  He created a culture with parents that were centered on having an open line of communication with parents and players.  This included taking any questions, phone calls and texts from us all.  He has been a very involved Coach willing to do whatever he can for the program, students and parents.

Unknown to Coach Ryan, he would be wrongly accused of some degrading, belittling and false accusations by one parent who has not only done this to Coach Ryan but at another school as well when his son was on the baseball Team At Farnsley Middle school.  Coach Ryan has done nothing but respect his players and the parents.

This parent/family has filed a formal complaint using false accusations on whatever he thinks he can to remove Coach Ryan. Not only is this individual showing reverse racism but is slandering the good name Coach Ryan has had as a Coach for 13 years!  He is degrading each parent and player as well with his lies.

This parent has continually been defiant with the program and rules of the Coach.   They have made these accusations based on lack of playing time for his son and because the program is not being ran as they think it should.  This individual has not supported the team, volunteered to help, and does not even cheer for other players.

They have caused turmoil and hostility within the program.

We support our coach. Out of 40+ players there is one parent who has an issue.

As anyone knows in high school sports, the lineup is made based who the best players are, not race. Your best nine go in first.

Now our Coach has been asked to step aside during an investigation that is seemingly being drug out until the season is completed.

Our Coach has been reporting issues regarding this parent and family since February. Multiple parents have reported to the administration but the Principal nor the Athletic Director has not stepped up to support the coach, the parents, or the players

The Athletic Director even witnessed this parent being removed from a baseball game while calling everyone in the stands a racist, yet they were allowed to be at the next game.

The parents of Butler Baseball are asking for Coach Ryan to be reinstated and to be our Coach now and for the foreseeable future. We are 100% positive, and so is he, there will be no findings of racism or wrong doing.

The only individual that needs to be removed from Butler Baseball is the parent and family that have made these false accusations. ` We just want JCPS and this administration to do the right thing.