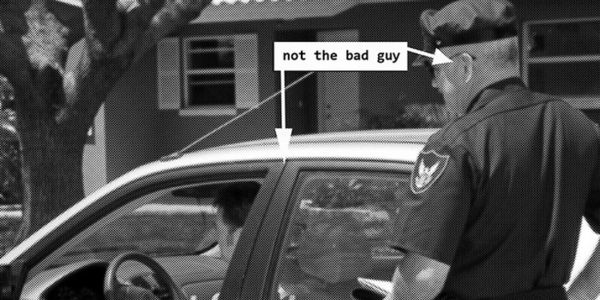 In some parts of Texas, police routinely arrest people on minor traffic infractions. Sandra Bland may be the most famous example (her original crime, failure to signal a lane change), but this has become an increasingly common practice over the past 15 years.

In addition, across Texas, courts launch "warrant roundups" every year. Police go to homes and workplaces and arrest people with unpaid tickets, fines and fees. Almost all of these arrests relate to unpaid traffic tickets, city ordinance violations or other infractions for which the maximum penalty is a fine, no jail time allowed.

Visa doesn't get to use police and jail to collect unpaid credit card debt. The cable company can't call in the police to collect that last bill. Neither should the government!

Tell your Senator to file a bill to end the arrest and jailing of people for violations that the legislature has said should only be punished with a fine.

Das Petitionsschreiben lesen ▾
To whom it may concern:

I'm writing to ask you to eliminate thousands of unnecessary arrests in Texas by filing or supporting legislation to end arrest for "nonjailable" Class C violations, and to end warrant roundups where police are sent as debt collectors over old ticket and fine debt.

Jailing someone because they can't pay a fine sounds like an idea straight out of a Charles Dickens novel. But municipal judges and Justices of the Peace do it every day when Texans can't afford to pay Class C misdemeanor tickets (mostly traffic), and judges issue warrants for their arrest.

Last session, the Legislature took a good first step by letting judges waive fines or substitute community service for people who bring their citation to court. But a lot of people who get a ticket and know they can't pay do not come to court. Afraid of arrest on sight because they have no money, they instead toss the ticket on the pile of bills that they will pay when money allows, and hope for the best.

Then a judge, down the line, issues an arrest warrant, often as part of a "warrant roundup." More than 600,000 such debt-collection warrants were issued last year statewide. What a huge waste of court and police time! I would rather have my local police officers pursuing violent criminals and solving burglaries. In my area, most burglaries are never solved, and now I understand why!

Jailing someone who is too broke to pay a ticket serves no public purpose and wastes taxpayer resources. Please file or support legislation in the coming session to stop jailing people for ticket debt, and end warrant roundups once and for all.