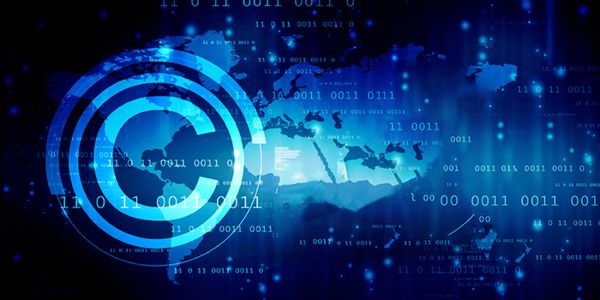 The growth of the internet has revolutionized the way that members of the creative communities can sell and distribute their work. But this growth has also brought with it ever-evolving forms of digital infringement that cause tremendous harms to America's hard-working photographers, musicians, filmmakers, authors, artists, and other creatives.

These Americans have been under persistent attack by online piracy for the last two decades. Laws that were enacted nearly a quarter of a century ago to help combat online infringement in the digital age have become woefully out of date and weakened by the courts. This has allowed sophisticated offshore piracy operations, as well as American companies, to take advantage of loopholes at the expense of our creative communities. We fight a constant uphill battle to monitor and combat this piracy.

It's time for our copyright laws to be updated in a way that effectively addresses this rampant piracy that harms the livelihoods of creatives and our vibrant creative economy.

There are signs that Congress is listening. For example, in 2020, Congress enacted legislation to fix a loophole in the law that allowed criminals in the U.S. to escape prosecution for streaming piracy. And this year, Senators Thom Tillis and Patrick Leahy introduced the SMART Copyright Act to fix a broken piece of the Digital Millennium Copyright Act (DMCA). We welcome these, and other signs of progress through legislative action directed at piracy.

Part of the problem is that our copyright laws have been interpreted in a way that allows and even incentivizes large internet platforms and other legitimate companies in the internet ecosystem to turn a blind eye to the infringing activity occurring across their services. They are profiting from the theft of the work of our creative communities.

Another piece missing from our current laws is that they allow offshore piracy websites to operate with impunity - criminal operations that regularly infect unsuspecting American internet users with malware. Our laws need to be updated to ensure that these commercial-scale, criminal piracy operations cannot access U.S. markets, exploit U.S internet users, and undercut our creative industries.

Individual creatives, small businesses owners, as well as the larger creative industries who depend on copyright, make invaluable contributions to our economy. The core copyright industries, which include film, television, music, publishing, photography, and software, employ over 5.7 million Americans and contribute $1.6 trillion to the U.S. GDP every year.

87% of all businesses in the film and television industry employ fewer than 10 people. And, in addition to supporting more than a million songwriters, composers, and artists who receive music royalties, the music industry supports more than 200,000 businesses in the U.S. These are hard-working Americans at the mercy of a broken system.

Every minute we spend trying to stop the theft of our works means less time spent creating. This trade-off is undermining the fundamental purpose of our copyright system as stated in the U.S. Constitution - to encourage innovation and create works that entertain audiences around the world.

For streaming piracy alone, the impact has been enormous. This piracy siphons between $29.2 and $71 billion and between 230,000 and 560,000 jobs from the American economy every year. One would think that, with losses like these, there would be adequate and modern legal remedies in place for Americans to help protect their copyrighted works - or at least a rush to put such remedies in place. Unfortunately, the opposite is true.

It's time that Congress confronts the extensive harm caused to America's creative communities resulting from widespread piracy and outdated, misinterpreted copyright laws. We are calling on Congress to act immediately to address the problem.

SIGN OUR PETITION and tell Congress to pass laws to update our archaic copyright laws!