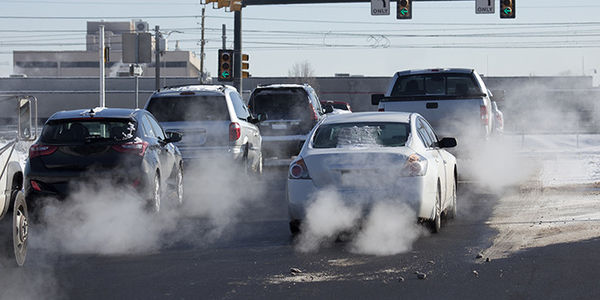 It’s time for the EPA to restore clean car standards

President Biden promised bold action to reverse the previous administration's illegal attack on states' authority under the Clean Air Act to adopt stronger vehicle pollution standards than those set by the federal government.

When states are able to implement stricter transportation standards at the local level we can reduce both climate pollution and local pollution that harms our communities, all while cutting fuel prices and driving innovation for zero-emission vehicles.

But this is only possible if the Environmental Protection Agency overturns dangerous Trump policies! Tell the EPA to restore state leadership on vehicle pollution regulation.
Das Petitionsschreiben lesen ▾
As an American, concerned with the climate crisis and the harmful air pollution that afflicts our communities, I'm writing to express my support for EPA's restoration of the Clean Air Act waiver for state greenhouse gas pollution and zero-emission vehicle standards for cars and trucks.

The previous administration's decision to undermine state authority to enforce more ambitious policies was a dangerous misstep that took away a crucial tool for addressing climate and air pollution. It's imperative that EPA rescind the Trump policy that undermined state authority under the Clean Air Act, so that states can continue to lead in protecting the climate from vehicle pollution, while generating thousands of new well-paying jobs in EV manufacturing.

Before the Trump administration attacked state Clean Car Standards, 15 states had already adopted more progressive policies to curb climate pollution. Your decision to restore these rights will be pivotal for states looking to push ahead with more ambitious clean vehicle initiatives and go even further than the federal government.

The transportation sector is the largest source of climate pollution in the U.S., accounting for nearly one-third of our nation's greenhouse gas emissions. Cars and light trucks account for about 45 percent of all U.S. oil consumption and about 20 percent of all U.S. greenhouse gas emissions. The transportation sector also contributes significantly to health-harming particulates and smog-forming nitrogen oxides, exacerbating respiratory illnesses like asthma and resulting in premature deaths. These health impacts are felt disproportionately by low-income communities and communities of color.

Enabling states to adopt and implement clean car standards will ensure we are protecting our communities and driving further investment in pollution-free transportation options. Together, we could ensure that the U.S. enjoys zero-emissions vehicles, cleaner air, and a livable future for our children and grandchildren.