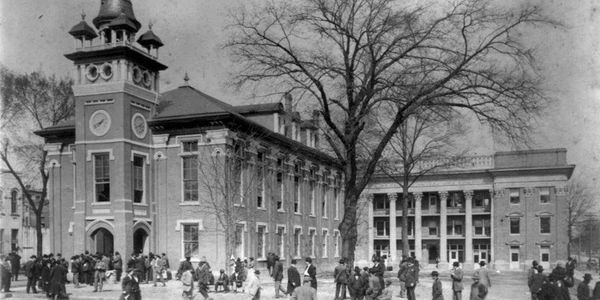 We the Citizens of Northern Wy County NC would like to petition the Wayne County Commissioners to build a new modern-day library in Northern Wayne County. In 2021 the Fremont Library was shut down due to possible mold and leaks in the building. This has left the Pikeville Branch which is very small and has limited parking. Library programs must be moved off site due to not being able to handle the number of citizens that wish to participate in the programs. As a citizen of Northern Wayne County, we look at the libraries in Goldsboro and Mt. Olive and deserve the same quality of services.
We would like for our commissioners to see what is in a new modern-day library and some statics that go along with it. Libraries have a rich history of providing vital services to the communities. Despite more people finding information online, residents are still interested in preserving libraries as key components to community growth and development. To do so, however, libraries must adapt to the needs and expectations of modern society, which includes offering digital resources and up-to-date skills development opportunities.
A recent survey from the Pew Research Center revealed 65 percent of the residents over the ages of 16 felt closing their local public library would have an impact on their community. Therefore, it is in the best interest of municipalities and counties to modernize libraries to ensure they offer a sustainable benefit to the community. The results showed what Americans want out of their public libraries including: (1) Support your local education, (2) Services for special constituents such as veterans, active duty military personnel and immigrants, (3) Assistance for local businesses, job seekers and those looking to upgrade their works skills, and (4) Adoption of new technologies such as 3-D printers and services to help patrons learn about high-tech gadgetry.
Despite Americans wanting to preserve their public libraries, attendance nationwide in the institutions has declined as of late. According to the survey: (1) 46 percent of Americans over the age of 16 say they visited a library or a bookmobile in-person in the prior year, compared to 48 percent in 2013 and 53 percent in 2012, (2) 22 percent of Americans over the age of 16 used library websites in the past year, compared to 30 percent in 2013 and 25 percent in 2012, (3) 27 percent of those who visited a public library used its computers, internet connection or Wi-Fi signal to go online in the past 12 months, compared to 31 percent in 2012, and (4) 50 percent of those who used a public library website in the past 12 months used a mobile device such as tablet or smartphone, compared to 39 percent in 2012.
This data suggests that libraries are valued by the public but may be more useful if information and resources were available in digital formats for increased accessibility and convenience. One expectation of public libraries that has remained strong is providing support to local educational ecosystems. Americans over the age of 16 want modern libraries to promote digital and information literacy through a variety of community programs: (1) 85 percent of Americans say libraries should definitely coordinate with schools in providing resources for children, (2) 85 percent say libraries should definitely offer free literacy programs to help kids prepare for school, (3) 78 percent believe libraries are effective at promoting literacy and love of reading, (4) 65 percent maintain libraries contribute to helping people decide what information they can trust, (5) 78 percent say libraries should definitely offer programs to teach people how to use digital tools such as computers, smartphones and apps, (6) 75 percent say libraries have been effective at helping people learn how to use these technologies.
About 42 percent of Americans who used a public library website or mobile app in the past year did so to conduct research or for homework help. Similarly, 60 percent who used a public library computer or Wi-Fi signal to go online used the tools for research or schoolwork, Pew Research Center reported. Furthermore, it has been revealed public libraries help individuals and families access health information: (1) 73 percent of Americans over the age of 16 say libraries contribute to people finding the health information they need, (2) 42 percent who have gone online at a library using its computers, internet connection or Wi-Fi have done so for health-related searches.
Finally, 65 percent of Americans over the age of 16 say closing their public library would have a major impact on their community, while 32 percent argue closing the library would have a major impact on them or their family. We the Friends of the Northern Wayne County Library feel that has happened in Wayne County and would like to see a new library that would help our Northern Wayne Citizens.
Sign Petition
SHAREShare With FriendsTWEETEMAILEMBED
Sign Petition
See more petitions:
You have JavaScript disabled. Without it, our site might not function properly.