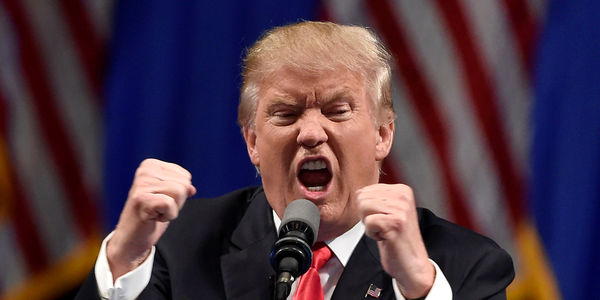 Tell states and law enforcement to reject Trump’s calls for violence against protestors!

Our nation is experiencing a major moment in civil rights in the fight for Black lives, in the name of George Floyd and thousands of others lost to police brutality. But with ongoing protests across the nation, President Trump told governors to "dominate" and "put it down," urged them to bring in military force to block further demonstrations, and to send protestors to jail "for a long time."

Our president, in no veiled terms, is urging governors to use violence against predominantly Black, largely peaceful protestors, already fighting for their lives against law enforcement on a daily basis.

Add your name to tell states and law enforcement to reject Trump's calls to use violence against protestors!

Trump thrives in exploiting the differences between us. That's why, amid perhaps the worst protests of many of our lifetimes, Trump's response was to tweet, "when the looting starts, the shooting starts," a racially charged threat harkening back to the 1960s.

He's looking to fan the flames of division because the more we talk about this, the less we're talking about his failed response to the ongoing pandemic that's already claimed the lives of 100,000 people. But what's at stake? The safety and lives of millions of Black protestors and allies executing their right to speak out against the atrocities.

Sign here to tell states and law enforcement to reject Trump's inciting calls, and instead choose to keep protestors SAFE!