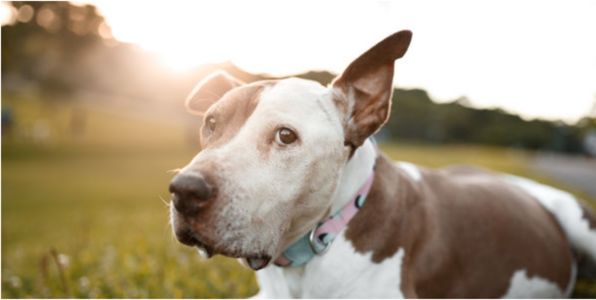 Make Sure You Don't Adopt One of These Dogs, Because Police Will Kill It.

In the United Kingdom, the archaic policy of banning certain dog breeds, also known as breed-specific legislation (BSL) is still in effect. The government has imposed severe restrictions that could lead to fines and even prison sentences for the owners of banned dogs. Worse yet, the dogs in question are often euthanized.

In the UK, four specific breeds are banned: the pit bull terrier, Japanese Tosa, dogo Argentino, and fila Brasileiro. However, ANY dog that bears a resemblance to these breeds could also end up being confiscated and needlessly killed.

Sign the petition and demand that Parliament repeal their "dangerous dog" laws.

That means there is no genetic test to determine whether a family pet is a "dangerous dog." Instead, according to the government website, "[w]hether your dog is a banned type depends on what it looks like, rather than its breed or name."

And who decides whether a dog looks dangerous? "A police or council dog expert will judge what type of dog you have and whether it is (or could be) a danger to the public."

Governments all over the world, including Spain and the Netherlands, have all tried to use BSL to decrease dog bite incidents, and they have all failed miserably. In Spain, after the ban had been in effect for five years, investigators found that there was no significant difference in the number of dog bites. And in the UK statistics show that dog bites have even increased since the ban.

These studies prove the obvious: BSLs don't work at their intended goal. It's time to end this anti-science and cruel policy and implement dog safety laws that punish irresponsible owners rather than innocent dogs. Sign the petition and demand that Parliament repeal their dangerous dog laws.
Sign Petition
SHAREShare this petition with friends!TWEETEMAILEMBED
Sign Petition
See more petitions:
You have JavaScript disabled. Without it, our site might not function properly.

Care2
Make Sure You Don't Adopt One of These Dogs, Because Police Will Kill It.
SHARETWEET