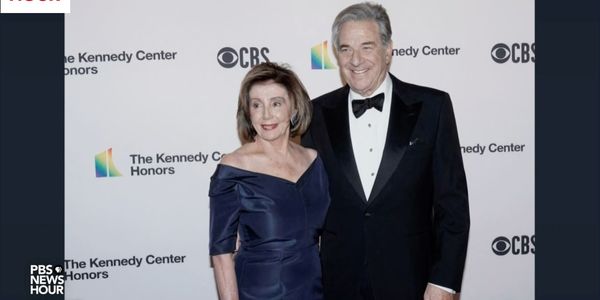 We Need to Talk About the Pelosi Attack

House of Representatives Speaker Nancy Pelosi's husband was attacked at the couple's home by a man who was looking to harm Nancy Pelosi. The attacker hit Paul Pelosi with a hammer, fracturing his skull and leaving him with serious injuries. The attacker was looking for the Speaker, shouting "Where's Nancy," and planned to hold the speaker hostage. When Brett Kavanaugh felt threatened by an armed man outside his home, Congress swiftly passed a bill providing security to Supreme Court justices' family members. Now that Nancy Pelosi's husband was actually harmed, Congress should do the same.

According to the affidavit, "DePape stated that he was going to hold Nancy hostage and talk to her. If Nancy were to tell DePape the 'truth,' he would let her go, and if she 'lied,' he was going to break 'her kneecaps.'" This was obviously a politically-motivated attack by someone susceptible to extremist thought and disinformation.

As one writer put it: "All political violence is a problem. But in terms of sheer numbers, rightwing violence is a much more significant problem than leftwing violence. That may be, in part, because of the right wing's broad permission structure when it comes to unchecked misogyny, threatening and menacing political opponents, and refusing to forcefully condemn violent acts."

After the attack was reported, Donald Trump Jr., shared an image on social media of a hammer and a pair of underwear with the caption "Got my Paul Pelosi Halloween costume ready." Because the target was Speaker Pelosi, it's clear that some aren't taking this act of violent extremism seriously.

Care2
We Need to Talk About the Pelosi Attack
SHARETWEET