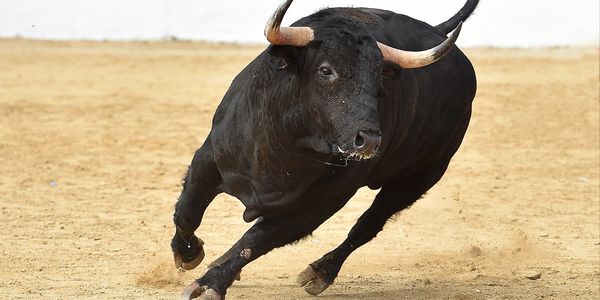 People Died Watching a Bullfighting Event. That Proves This Practice Should End.

We already knew that bullfighting was deadly for animals. Now we're finding out it can be deadly for spectators, too - and not in the ways you may expect.

In a town southwest of Bogotá, Colombia, hundreds of visitors gathered together to celebrate the yearly corraleja event as part of the Feast of Saint Peter. Scores of people entered into the bullfighting ring, approaching a bull that was clearly maimed and in pain. While the desperate, confused animal tried to defend itself, the humans toyed with it and agitated it.

Sign the petition to demand an end to all bullfighting and bull-tormenting events in Colombia!

As the crowd cheered them on, suddenly the stadium they were sitting in caved in. One after another, eight sections of seating collapsed, pinning adults and children alike under the rubble.

So far, we know of 4 people who have died - including a 14-month-old baby - and upwards of 322 others who were injured during the collapse. Many others are still missing, and it's possible the death toll could rise even higher.

Every year, more and more Colombians have come out against bullfighting, saying the practice is horrifically cruel and inexcusable. Yet others have defended such events as "tradition." But now we see that tradition is literally killing people.

That's why the incoming President, Gustavo Petro, is urging authorities in local regions "to refrain from authorizing more spectacles with the death of persons or animals." President-elect Petro knows how grotesque such practices are. In fact, when he was previously mayor of capital city Bogotá, he banned bullfighting in the municipality. We have to encourage lawmakers to stand with him and ban bullfighting throughout the country, now!

Tell federal lawmakers in Colombia to stand with President-elect Gustavo Petro and ban all bullfighting events, before more people or animals get hurt!
Sign Petition
SHAREShare With FriendsTWEETEMAILEMBED
Sign Petition
See more petitions:
You have JavaScript disabled. Without it, our site might not function properly.