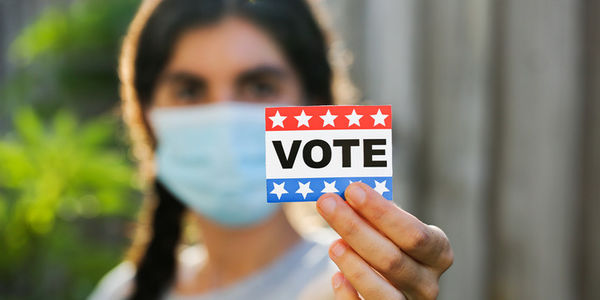 Abolish the Electoral College, which was built specifically to uphold slavery! We need a national popular vote system instead.

Four times as much power.

That's how much unequal representational weight the Electoral College gives to voters in the largely rural state of Wyoming versus the sprawling, densely populated states of Texas and California. In 2019, California had a population of almost 21.5 million people and was assigned 55 electors. Meanwhile, Wyoming's population was 578,759 — barely more than half a million, or fewer people than live in the entire city of Milwaukee, Wisconsin — with 3 electors. The math on this means it takes four times as many voters in California to equal one voter in the midwest state.

This is just patently unfair and wrong.

Sign the petition to demand the U.S. abandon the Electoral College now! It's time for us to use the direct popular vote to elect presidents!

Furthermore, there is a myth that says the Electoral College is good because our founders designed it to ensure smaller, more sparsely-populated (or, indeed, barely populated) states were not drowned out representationally by larger, more populous states. But that's not the full truth. In reality, the Electoral College was founded to appease slave-owning states.

Even though the South had a much, much smaller voting population, they convinced Northern states to allot them a disproportionately large number of electors to choose U.S. presidents. They were afraid that, if the popular vote were to prevail, the majority of voters might choose an abolitionist president. And they justified this Electoral College demand by using the humans they kept in bondage as slaves.

Even though Black enslaved people were thoroughly prohibited from voting, White slave-holders used them to pretend these states had a larger enfranchised population than they did. To repeat: the literal reason that the Electoral College exists was to placate slaveowners. And it did that by granting them intentionally disproportionate power and representation.

As a result, even to this day the Electoral College continues to overemphasize rural, White voters and minimizes the impact of city-dwellers and voters belonging to Black, Indigenous, people of color (BIPOC) communities. The most-silenced states are California, Texas, New York, and Florida. Meanwhile, the most over-represented include Wyoming, Alaska, North and South Dakota, Vermont, and Maine.

Far from preventing a so-called "tyranny of the majority," the Electoral College created a new type of tyranny — a "tyranny of the minority." In fact, it turns out that if a presidential candidate were to really get their math absolutely perfect, they can actually technically win the presidency with more than 270 Electoral College votes — while not even winning 22 percent of the popular vote.

Care2
Abolish the Electoral College, which was built specifically to uphold slavery! We need a national popular vote system instead.
SHARETWEET