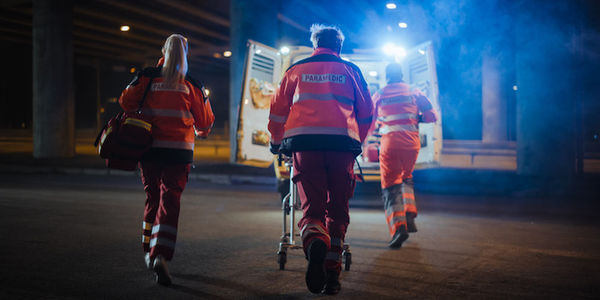 Illegally manufactured fentanyl, a synthetic opioid 80–100 times more potent than morphine, is contaminating the drug supply in the United States at alarming rates. Though the drug was once primarily found in heroin, it's now increasingly present in the supply of counterfeit pressed pills as well as cocaine and other stimulants. In just one year, we lost over 100,000 Americans to overdoses, largely driven by fentanyl.

These deaths are accidents. Often, people simply don't know that fentanyl is present in their drugs and are not prepared to respond. A promising college student, a beloved father, a loyal friend—every day in communities across the country, these lives are needlessly lost.

But there's hope. Fentanyl overdoses can be prevented, and addiction can be effectively treated. There are effective ways to help people survive drug use and find lasting health and recovery. It's long past time for local officials to make this issue a priority.

Shatterproof, a national nonprofit dedicated to reversing the addiction crisis, has identified several evidence-backed approaches that states can use to prevent and reduce overdose deaths. Things like better data collection, widespread awareness campaigns, access to lifesaving naloxone and fentanyl testing strips, and 911 Good Samaritan Laws are all proven to make a significant impact.

Add your name now to demand that your state officials give this urgent situation the attention it deserves.

The COVID-19 pandemic has made our country's already dire overdose crisis so much worse. According to recent CDC data, in just one 12-month period from 2020 through 2021, we lost more than 100,000 Americans to drug overdoses, largely driven by powerful fentanyl contaminating the illegal supply.

Even more tragic is that each of these deaths was preventable. State officials need to make this public health emergency a top priority, ensuring no more of our loved ones are needlessly lost.

Shatterproof, a national nonprofit dedicated to reversing the addiction crisis, has, identified several evidence-backed approaches that states can use to prevent and reduce overdose deaths:

FENTANYL TESTING STRIPS. Drug users are often unaware that the drugs they are purchasing are laced with fentanyl. But drug users can monitor the presence of fentanyl in street drugs by using fentanyl test strips (FTS). They are easy to use, and the cost per test strip ranges between $1.00 to $2.00.

NALOXONE. Also known by the brand name Narcan, it's a safe medication that is widely used by emergency medical personnel and other first responders to reverse opioid overdose. According to NIDA, expanding naloxone access and training drug users, their relatives, friends, and community members on how to administer it could reduce overdose deaths by as much as 21%.

911 GOOD SAMARITAN LAWS. In addition to naloxone use, it's critical to call 911 in the case of drug overdose, especially when fentanyl is involved. However, people may not always call 911 in overdose situations due to fear of police involvement. 911 Good Samaritan Laws (GSLs) provide protection from prosecution for low-level drug offenses for the person requesting medical assistance and the person who overdosed. Reducing barriers to calling 911 has the potential to save victims of overdose from serious injury and death.

The fentanyl epidemic is rapidly worsening. States need to invest time, resources, and funding in initiatives like these, and quickly. Countless lives depend on it.

Thank you for your commitment to helping us end the deadliest overdose crisis in U.S. history.