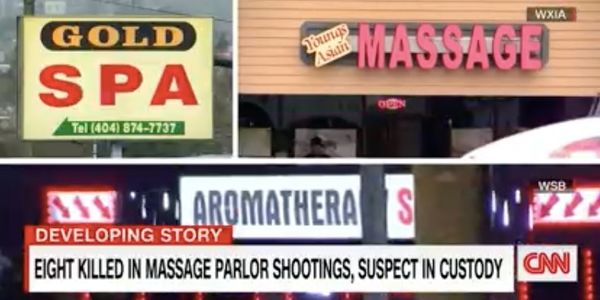 Eight people were murdered in Georgia, six of them Asian women. Tell authorities to investigate this as the hate crime it was.

On the evening of March 16, 2021, an armed white man went on a killing spree in the city of Atlanta and Cherokee County, Georgia, murdering a total of 8 people, 6 of whom were Asian women.

This comes at a time when violence against Asian people in the United States has been on the rise for a year, due to hateful lies surrounding the novel coronavirus and a certain former president's willingness to bolster, fuel, and spread such racism.

And yet, infuriatingly, authorities have thus far refused to classify this mass shooting as a hate crime. Cherokee County Sheriff Frank Reynolds went so far as to say there are "indicators right now are that it may not be" a hate crime. That is absolutely unacceptable.

Sign the petition and demand that Cherokee County and Atlanta authorities, along with the FBI, immediately classify this shooting as a hate crime, and begin investigating it as such!

The gunman, whose name we won't give any more weight, was taken into custody after driving to three separate massage parlors in northern Georgia and opening fire inside. He was on his way to Florida, where apparently he intended to commit more mass murders, when he was apprehended. While he is a violent terrorist, he is also white, so of course the police kept him alive and unharmed, taking him into custody "without incident," in their exact words. This comes as no surprise in a country where violent white supremacy is treated with respect while innocent BIPOC people are terrorized by authorities on a daily basis.

Since the beginning of the pandemic, there have been nearly 4,000 cases of anti-Asian acts of hate -- and those are just the ones that were reported. Nearly one quarter of Asian Americans polled in 2020 said they were afraid that they would be threatened or assaulted in racially motivated attacks. 31% said they actually have been on the receiving end of racial slurs or jokes. Asian women have been targeted twice as much by Asian men, pointing to the intersection of racism and misogyny involved in this shooting -- hypersexualization and objectification of Asian women has resulted in violence against them throughout history. It's also important to note that the shooter claimed he was motivated by wanting to wipe out sexual "temptation." We do not know whether or not any of the victims were sex workers, but folks in that industry -- who face immense amounts of discrimination and violence -- were clearly his target.

Anti-Asian hate incidents and crimes are their own epidemic in the U.S., fueled in no small part by the actions and silence of leaders and legislators. Donald Trump insisted on calling the coronavirus the Chinese virus, a hateful and dangerous misnomer for a virus that infects all people -- but disproportionately takes the lives of BIPOC folks due to medical racism. There has been little to no response at any level of government to address the wave of anti-Asian hate crimes and to protect those communities. And now, this mass shooting of 8 people, 6 of them Asian women, may not be investigated as a hate crime.

Captain Jay Baker of the Cherokee Sheriff's Office had the audacity to say during a press conference that this shooting "was a really bad day…" for the shooter. When is the last time police were ever willing to give this much benefit of the doubt to Black and Brown folks they've incarcerated, targeted, or killed? This mass shooting was not a "bad day." It was a calculated, violent, and deadly hate crime against 6 Asian people, and that act of terror has reverberated through every Asian community in the nation.

Sign the petition and use your voice to bolster the voices of the affected communities. We have to demand that this shooting be classified and investigated as a hate crime.

Care2
Eight people were murdered in Georgia, six of them Asian women. Tell authorities to investigate this as the hate crime it was.
SHARETWEET