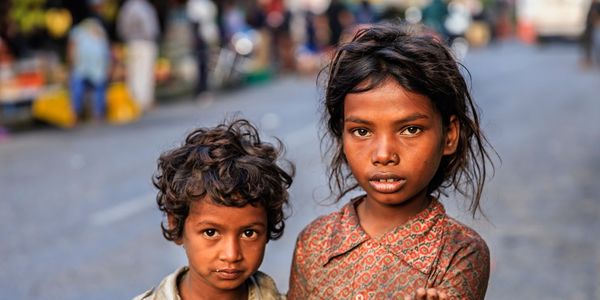 Former Colonies Were Forced to Take On Debt. As a Quarter of a Billion People Face Extreme Poverty, Canceling Debts Could Help

The pandemic has pushed tens of millions of people into extreme poverty around the world. On top of that, Putin's illegal invasion of Ukraine has contributed to rising energy prices and food costs due to disrupted grain imports. And these things have dire consequences for the world's poorest, most vulnerable people.

According to Oxfam, as many as 250+ million people are at risk of being pushed into extreme poverty, and 28 million more are likely to be malnourished. But loans given to poor former colonies have made it almost impossible for national governments to adequately address the crisis. By canceling debt repayments for this year and next, the World Bank could help countries prevent extreme poverty and hunger.

Sign the petition now to demand that the World Bank cancel debt repayments for this year and next!

The UN defines extreme poverty as living on less than $1.90 per day. Most of us are privileged enough to not even have a concept of what that looks like – but it is bleak. Possibly easier to visualize is the effects of malnutrition, since all of us know what hunger feels like – although chronic hunger, which affects hundreds of millions of people, is a different beast. Approximately 3 million children die every year from malnutrition.

According to Oxfam's international executive director, the world is at risk of the most "profound collapse of humanity into extreme poverty and suffering in recent memory." But canceling debt repayments for this year and next could provide as much as $30 billion in desperately needed relief for dozens of countries that are straddled with the biggest debt. And that debt quite literally prevents them from investing in dire social services that protect the world's most poor and marginalized -- including children.

Sub-Saharan Africa is expected to be among the hardest hit, with rising costs leading to families spending 40% of their income on food in the region. And Sub-Saharan African nations are extremely indebted to global financial institutions, in part because of loans they were forced to take out after they freed themselves from colonization. People in these countries deserve to have food and shelter – not to go hungry or slip into extreme poverty. But without immediate action, that is exactly what might happen.

The World Bank has the power to prevent tens of millions of people -- including millions of children -- from slipping into extreme poverty in a way we haven't seen in decades. By canceling debt repayments for this year and next, the World Bank can stop the needless suffering of an unthinkable number of human beings. Sign the petition now to tell the World Bank: cancel debt repayments now!
Sign Petition
SHAREShare With FriendsTWEETEMAILEMBED
Sign Petition
See more petitions:
You have JavaScript disabled. Without it, our site might not function properly.

Care2
Former Colonies Were Forced to Take On Debt. As a Quarter of a Billion People Face Extreme Poverty, Canceling Debts Could Help
SHARETWEET