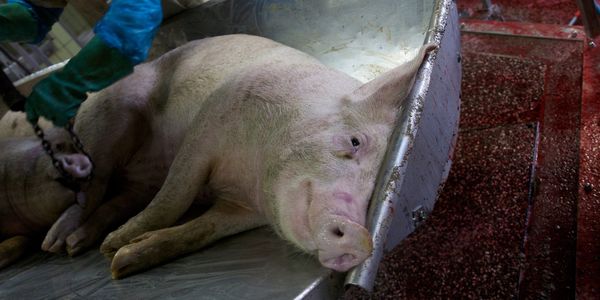 Abusing helpless animals is a crime in most places -- except when it is big business. In factory farms, at slaughterhouses, and in puppy mills, cruelty is par for the course. To expose it to the public, we've come to rely on undercover investigators to capture the abuse on video for the world to see. Most of those videos result in criminal charges against the facility in question.

The Farm Transparency Project, an Australian animal advocacy group working hard to protect our innocent animal friends, recently launched a case arguing that New South Wales' Surveillance Devices Act should have a public interest exemption. The Act, which criminalizes any use of footage/audio obtained using a hidden camera or undisclosed listening device, has important and useful implications for personal privacy and surveillance. But it has gone too far.

Recently, the Surveillance Devices Act has been used to strategically punish activists who attempted to distribute footage which depicts cruelty in abattoirs and knackeries (types of slaughterhouses) to the public. Conveniently, Big Agricultural interests love these types of laws. These corporations fear the negative publicity those brave and revealing undercover investigations generate. Employees go to jail. Authorities keep a closer eye on the operation. Real change, which costs money, becomes expected or even required.

Sign if you agree that the Surveillance Devices Act must have a public interest exemption. If not, it is just another ag-gag law that will protect moneyed interests which promote animal abuse and allow companies to get away with cruelty!