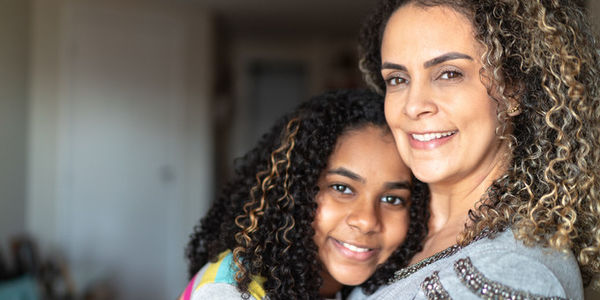 CARE2 UPDATE, 3/2/2022: While the fight against this horrific directive is not over, we have good news. A judge in Texas recently blocked an investigation from the state into the parents of a transgender teen who has been receiving gender-affirming treatments. While this decision does not go the entire way of stopping the state from investigating other similar instances, it is a good sign that this judge blocked an investigation that she said was an infringement of constitutional rights, could result in the "loss of necessary medical care," and would create "stigma attached to being the subject of an unfounded child abuse investigation."
-----
Just over six months after Texas passed a new vigilante tattling law, enabling residents to report on and sue each other for suspected abortions, Texas's hate-filled governor Greg Abbott is at it again. This time, his target is trans children... and their parents.

His latest plan to hurt trans youth is by directing both "licensed professionals" and "members of the general public" to report trans' kids parents for child abuse, if those parents are supportive of their child's right to happiness, self-determination, and self-expression. Specifically, he wants residents to report parents if they suspect children are receiving gender-affirming healthcare. According to him, Texas state agencies are supposed to investigate gender-affirming care as child abuse as well.

Sign the petition to demand an end to this frightening, harmful directive! Texas must prove it truly cares about children by standing up for trans kids, too.

Texas is a state where lawmakers talk a big game about protecting children's rights and safety -- that's supposedly part of the reason for their Stassi-esque, report-on-thy-neighbor anti-abortion law. But apparently that desire to help children only applies to cis gender-conforming (and presumably straight) individuals.

Abbott's recent letter is not legally binding. While it can create a whole world of danger for children who are just trying to live safe, authentic lives, the governor does not actually have the power to change current law or create new laws unilaterally.

Unfortunately, though, he has the support of Texas Attorney General Ken Paxton, who could use his position to interpret existing laws to support Abbott's wishes. In fact, he used an anti-trans opinion that Paxton issued as his basis for the new directive. In Paxton's opinion, he claimed that gender-affirming medical options like puberty blockers and hormone therapy somehow constitute child abuse. And it's worth reminding ourselves: neither Paxton nor Abbott are medical or counseling professionals. Yet with Paxton at his side, it offers the semblance of legal authority to Abbott's letter.

Paxton is not above such expediency or even corruption. In fact, he's allegedly a very corrupt politician and is currently under investigation by the FBI for bribery, abusing his office, and more. And under his supervision, Abbott's directive could create a flood of false child abuse reporting. That would hurt kids who are genuinely in danger of real abuse, whose cases could then become lost in the sea of reports.

According to Adri Pèrez, a policy and advocacy strategist for LGBTQ equality at the American Civil Liberties Union of Texas, "There's no court in Texas or the entire country that has ever found that gender-affirming care can constitute child abuse." Brian Klosterboer, a staff attorney at the ACLU of Texas, confirms: "The law is clear that parents, guardians, and doctors can provide transgender youth with treatment in accordance with prevailing standards of care."

Gender-affirming care saves lives. Being able to live authentically in this way has been show to reduce self-harm and suicide among trans and gender non-conforming youth. If we want kids to stay safe and stay alive, we need to support their rights to bodily self-determination.