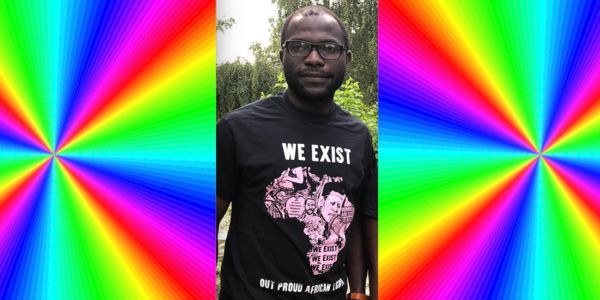 URGENT: STOP THE REMOVAL OF ASHIRAF MATOVU KAVUMA, A GAY MAN, TO UGANDA

The UK Government says: "We don't deport LGBT asylum seekers, and we never will." Is that a lie? Let's stop the deportation and detention of ASHIRAF KAVUMA now!

Ashiraf is a Ugandan gay valued by the UK's LGBT communities. He is much loved and respected in our community, and we reject any suggestion that he is not 'genuinely gay'. Before his detention, Ashiraf was in a happy relationship with his boyfriend, who has been supporting him.

Ashiraf came to the UK in July 2017, after his sexuality became known to his community. Coming from a Muslim family, it was a tough time, so he left his country for the UK. Ashiraf applied for asylum in the UK, and the Home Office refused his application in January 2019, stating that he did not have a genuine subjective fear on return to Uganda.

Ashiraf grew up as a Muslim, and at the age of sixteen, he felt attracted to boys; his new feelings scared him, so he internalised homophobia to defend himself. "When I felt attracted to fellow boys, I developed fear because everyone in the community is against it" Ashiraf believed that there was something wrong with him. He prayed not to be different until, when he was twenty-two, he accepted his sexuality. The Home Office accepted that "Your statement is considered to be plausible."

The Home Office nevertheless rejected Ashraf claim, arguing that Ashiraf had failed to explain how his relationship with his partner developed, why he delayed applying for asylum. It d stated that he was evasive in explaining some stages of his life; all this affected his claim.

Ashiraf accepted that he lived a closeted life in Uganda to avoid harm. However, whilst in the UK, he started to live an open life. Ashiraf has been part of the African LGBT community in the UK and has participated in many pro-LGBT human rights campaigns. He has a visible online presence, and homophobes in Uganda will identify him. We fear for his safety if he is sent back to Uganda.

On the 5th August 2019, the Home Office detained Ashiraf before he was able to submit a fresh claim for asylum. His removal was scheduled on 17th August but, thankfully, that removal did not proceed.

Please allow Ashiraf to continue his life in the UK, and to live freely in an open, tolerant society.

The Home Office claims Ashiraf will not be persecuted if he returns to Uganda. This is incorrect since he has featured in many on-line videos while campaigning and talking about what it is to be a gay man in Uganda. One video has been seen by over 15,000 in Uganda, and he has received numerous hate-filled insults on Facebook.

(i) release Ashiraf from deportation

(ii) agree to reconsider his case