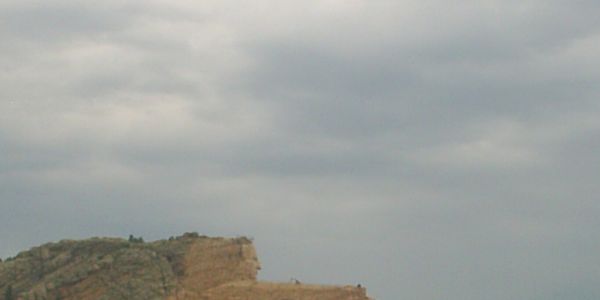 This letter was posted on the Indigenous Environmental Network Website but it looks as if it is being blocked by some sites from being shared more widely. I wanted to help it get the attention it deserves.

The president must address the horrendous violence being perpetrated in the name of oil company interests against the native people of this country! The Army Corps of Engineers was allowed to fast track the construction of the Dakota Access pipeline without consideration of potential environmental impact, including damage to water sources and wildlife habitat, as well as destruction of sacred lands belonging to the Standing Rock Sioux. President Obama must repeal the permits and halt the construction immediately!

We write to you because we are deeply concerned by the Army Corps of Engineers’ approval of Dakota Access LLC’s construction of the Dakota Access Pipeline, the impacts of which have been highlighted by the growing public opposition to this project. The Dakota Access Pipeline project would extend 1,168 miles across North Dakota, South Dakota, Iowa, and Illinois, crossing through communities, farms, tribal land, sensitive natural areas and wildlife habitat.

This massive crude oil pipeline that would carry 450,000 barrels of fracked oil per day from the Bakken oil fields in North Dakota to Illinois where it will link with another pipeline that will transport the oil to terminals and refineries along the Gulf of Mexico. This pipeline would travel through the Standing Rock Sioux Tribe’s ancestral lands and pass within half a mile of its current reservation.

Over the past several weeks, the mounting opposition to the pipeline has grown exponentially, captivating both activists around the country
and the media, while uniting and mobilizing Native American tribes across the country in an unprecedented manner.

Not only would the Dakota Access Pipeline threaten sacred sites and culturally important landscapes, it would also cross under the Missouri River just upstream of the Tribe’s drinking water supply. If there were to be a spill – which history has taught us is not a question of “if” but “when” – it would constitute an existential threat to the Tribe’s culture and way of life. The pipeline poses significant threats to the environment, public health, and tribal and human rights.

Given that, the Standing Rock Sioux Tribe has filed a lawsuit and a request for a preliminary injunction to block construction of the pipeline. The complaint, filed in federal court in Washington D.C. by Earthjustice, argues that the Army Corps of Engineers is violating the National Historic Preservation Act by failing to address the Tribe’s concerns about the pipeline’s impact to sacred sites and culturally important landscapes, and that the river­crossing permits must be subject to review under the National Environmental Policy Act.

The permits for the Dakota Access Pipeline project (DAPL) were granted using the Army Corps Nationwide Permit 12, a fast track permitting process that has allowed the oil and gas industry to build numerous fossil fuel pipelines across the country, even on private property, without any project ­specific environmental review or public input process.

After years of pipeline disasters—from the massive tar sands oil spill in Kalamazoo, Michigan in 2010, to the recent oil pipeline spills in the San Joaquin Valley and Ventura, CA —our organizations and our millions of members and supporters are concerned about the threat these projects pose to our safety, our health, and the environment.

The Clean Water Act’s general permit program was intended for categories of projects that will have truly minimal environmental impacts, like boat ramps, mooring buoys, and some recreational facilities. It was not intended for massive interstate pipelines that transport hazardous fossil fuels for hundreds of miles through communities and waterways and pose grave risks of leaks, spills, and explosions. The National Environmental Policy Act requires that a full Environmental Impact Statement (EIS) be completed for major actions that impact the environment. Given the size, scale, environmental risks and controversy of this project, Nationwide Permit 12 should not have been applied.

The Corps’ individual permit process is the only way to ensure that the risks and impacts from these projects have been identified, analyzed and properly mitigated, and ensure that the families and communities that stand to be impacted by a disaster have an opportunity to have their voices heard in the pipeline review process.

As long as Nationwide Permit 12 is being used to rubber­stamp oil pipelines, it ignores the intent of our laws and presents an ongoing threat to our water resources, our communities, and our climate. Pipelines must be evaluated fully and in a transparent manner with opportunity for public input in order to be held to the same national interest and climate standards as the Keystone XL tar sands pipeline, which we applaud you for rejecting last year.

We, the organizations signed below, support the tribes and landowners along the pipeline route in their fight against the Dakota Access Pipeline project. We urge your Administration to direct the Corps to deny the remaining Section 408 permits for Dakota Access, revoke the pipeline’s authorizations under Nationwide Permit 12, and initiate a transparent CWA Section 404 permitting process that includes public notice and participation, formal tribal consultation, and adequate environmental review of the pipeline. Until that occurs, construction on this project should not be allowed to continue.

We further call on your administration to revoke Nationwide Permit 12 or modify it to prevent the segmentation of pipelines in the future and resume its prior practice of evaluating the environmental impacts of individual fossil fuel pipelines.

Thank you for your consideration of this important matter.