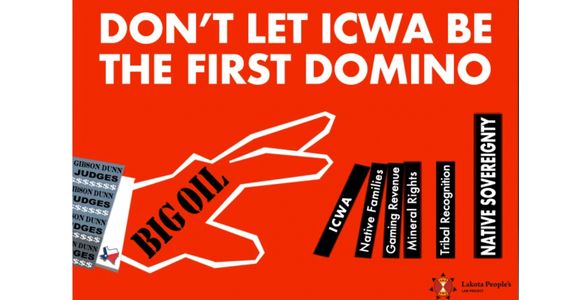 Tell Congress to Listen to Native Americans and Protect the ICWA

Native American children are much more likely to be taken from their parents and placed in the foster care system than white children. When the Indian Child Welfare Act (ICWA) was established over 40 years ago, it aimed to fix the problem. Now, the ICWA is being threatened by a small group of people who want to take away the protections placed on keeping Native children in their communities.

The ICWA helps reduce the number of Native children being separated from their families and tribal communities during adoption. The program helps place the child with someone who can keep them connected to their culture – like extended family, members of the child's tribe, or other Native families.

The case has gone all the way to the Supreme Court, where the plaintiffs hope to take the ICWA protections away. If the court dismantles the act, thousands of Native families could lose their children. According to the Protect ICWA Campaign, "they will have also cleared the way for a larger attack on Native families, Native land, and tribal sovereignty."

More than 20 states signed in support of the ICWA, and 10 states – including those with high Native populations – have codified ICWA or similar provisions into state law. If individual states want to threaten the ICWA, it's time the U.S. government steps up to help indigenous children.