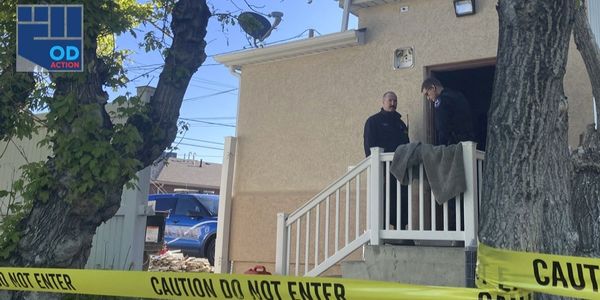 Demand the Department of Justice investigate the arson of a Wyoming abortion clinic!

An abortion clinic under construction in Wyoming caught fire in late May, just as it was set to open the following month. The building, severely damaged, is a huge setback in the fight to preserve abortion rights in Republican-controlled states — especially considering that Wyoming is one of 13 states with a trigger law that would instantly outlaw abortion in the event Roe v. Wade is overturned.

Police reported on Facebook that a bystander saw "someone running from the building with what appeared to be a gas can and a black bag." All hands need to be on deck reviewing security footage and tracking down the suspect — we must ensure this type of violence is prevented and investigated to the fullest extent. The harder progressives fight for the right to choose, the angrier right wing extremists seem to get.

Add your name to demand the Department of Justice immediately investigate the arson of the Wyoming abortion clinic!

In 2009, Abortion provider Dr. George Tiller was shot and killed in a Kansas church. There has long been a precedent set by theocrats for physical (and sometimes fatal) violence if it serves their own interests. These vigilante aggressors do not care that abortion is still a right in all 50 states, they only care to try and put a stop to it by any means necessary.

One of Tiller's former associates, Burkhart, asserted that "Whether you're against abortion or support abortion rights, you're not going to make abortion go away." The arson of clinics like the one in Wyoming and the death of doctors like Tiller will not make abortion go away. It's domestic terrorism that would likely be instantly addressed had it not been a clinic. We can not allow this attack on abortion access to go unchecked, something must be done.

Sign your name to call for a prompt and thorough investigation of the clinic that caught fire!

Care2
Demand the Department of Justice investigate the arson of a Wyoming abortion clinic!
SHARETWEET