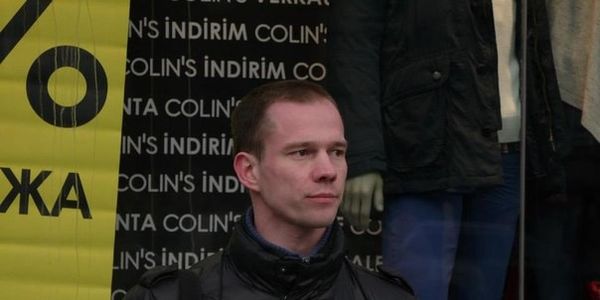 Last year, 34-year-old Ildar Dadin made history. But it's not the kind of history most would hope for. Ildar Dadin became the first Russian citizen imprisoned under a new law that criminalizes repeated public assemblies.

His crime? Ildar is a peaceful protester who has supported LGBTQ rights and criticized Putin's regime. In 2014, he held several single-person demonstrations in Russia. But under the new law, anyone who participates in unsanctioned assemblies more than twice in 180 days can be sent to prison for up to three full years. Three years for voicing totally peaceful political opinions. Peacefully protesting even once can result in a fine or up to 15 days in detention.

For having the audacity to speak his mind, a government judge sentenced Ildar to three years in prison. And once in prison, the sadistic torture and routine beatings began.

On November 1, 2016, news outlets published a letter that Ildar wrote to his wife, which his lawyer smuggled out of prison. In this letter, Ildar says that he was placed in solitary confinement and beaten four times a day by 10 to 12 people. Later on, guards handcuffed his wrists behind his back and then hung him from the ceiling by the cuffs. He writes:

"Being suspended in this manner brought about terrible pain in the wrists, twisted out my elbows, and caused horrible back pain. I was suspended like that for half an hour. Then they took off my underwear and said they would bring another prisoner to rape me unless I stopped my hunger strike."

No prisoner should ever suffer torture like this – and no person should ever be incarcerated for voicing peaceful political opinions. We must put enough pressure on the Kremlin to remind them that they cannot sadistically punish and imprison Ildar with impunity. They will not get away with this, and the world will not turn a blind eye. Ildar Dadin must be released immediately! The European Union and United States must immediately put pressure on Russian officials by freezing the assets of anyone involved in Ildar's torture, and adding them to the "Magnitsky list".