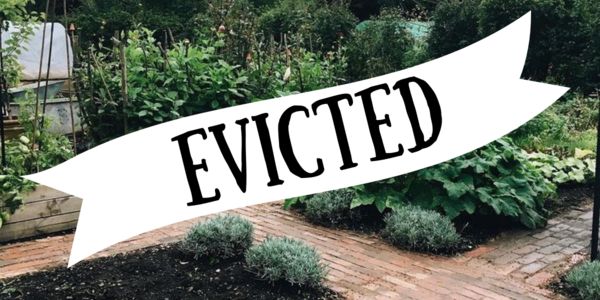 On 25 March we were served notice out-of-the-blue to quit our beloved allotment garden. We have been given no explanation, no right of appeal, and no offer of compensation, and the land agent, Strutt & Parker LLP, refuses to discuss the matter. There is currently no legislation to prevent this completely unreasonable action. SEE UPDATE OF 11 MAY AT FOOT.

Over the past six years we have restored our historic plot in central Stamford from a bomb site back to the lovely garden it once was, rejuvenating the many heritage apple trees, recreating the Victorian vegetable patch, planting herbaceous borders, and replacing the derelict sheds. We have invested thousands of pounds and countless hours in this labour of love, which is also enjoyed by the many walkers who use the adjacent footpath.

· We have never defaulted on the rent.

· We have never breached our tenancy agreement.

· We have never been the subject of a complaint.

No other tenants have been served notice and it seems we are being singled out for two 'crimes':

· Publicly supporting elderly and vulnerable gardening neighbours who were forced off their plots by draconian rent increases.

· Asking the land agent to limit bonfires on the gardens, especially during the current pandemic, to enable gardeners and walkers with respiratory health problems to enjoy the area safely. This request is in line with South Kesteven District Council's guidance.

We demand that Strutt and Parker LLP, the land agents who act for the owners, The Cecil Estate Family Trust (CEFT), withdraw the eviction notice.

Thank you so much for your support.

After six weeks, pressure from everyone who has signed this petition, and letters from Tom Pursglove MP, and Stamford Town Council, Strutt & Parker has finally responded to our request for an explanation:

"I can confirm that the Landowner took this difficult decision following reports from a number of local residents and gardeners who raised serious concerns about your conduct and behaviour towards them and others, which was affecting their quiet enjoyment of their property."

Strutt & Parker has provided no further details of these vague, damaging, and frankly bizarre allegations, which are complete news to us! We have written back asking for proper information, supporting evidence, and the reason we were never told about these 'serious concerns' or given a warning.

We have reminded Strutt & Parker of incidents involving other tenants that included violence, physical threats and/or police involvement and asked:

My daughter and I are two 5' tall women with unblemished personal and professional reputations. Neither of us has even had a speeding fine. The wonderfully supportive (and often outraged) comments from signatories who know us speak for themselves.

We have been shocked to hear similar stories from up and down the country: allotment tenants (often female) evicted without explanation, eventually told it was because of their 'disruptive' behaviour, then bullied and intimidated until they were too scared to remain. In almost all these cases the plot that had been lovingly transformed was handed over to a friend of someone with influence or sold off for housing development.

This is feeble, Strutt & Parker. Your parent company's published values include fairness, transparency, openness, and promptness. So do the right thing and provide full details of these supposed allegations, explain why they warrant eviction, and grant us an appeal. It can't be that difficult.