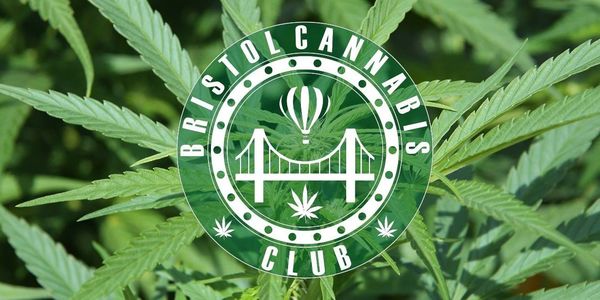 Private Members Cannabis Clubs or Associations exist in many regions of Spain to serve the local communities cannabis needs, involving a social model which avoids the black market/street crime. The clubs are operated for their members by the members and members can only join on referral from existing members. The clubs operate not for profit, but the people involved with providing the service are all entitled to take a living wage. Cannabis Clubs provide an environment where citizens can purchase and enjoy cannabis products without risking sales or influence to minors outside of the club.

Bristol Cannabis Club was founded in 2014 and has been accepting members since January 2016. The club exists to provide its members with access to a wide range of cannabis products which have been tested for cannabinoid content, quality and purity. We are currently, as one of the longest standing cannabis clubs in the UK, an independent club, but are able to access information from the national UK Cannabis Social Clubs organisation. Our members come from all walks of life, with cannabis as the common denominator.

The club, our members and supporters firmly believe that there is a need to create a regulated and tolerated system across Bristol to meet the rapid increase in demand following all the recent publicity about the therapeutic use of cannabis to treat many illnesses. A regulated system would provide safe access to a variety of quality tested products; with a range of contents to suit the consumer need (medical/recreational). It would also take control away from criminal gangs who sell cannabis to, and employ minors, and who also use unsafe production techniques including the stealing of electricity, use of toxic pesticides/chemicals, and employing slaves and violence to control their trade.

We believe that a regulated supply would reduce the need for policing, take money away from organised crime, increase consumer safety, stop products ending up in the hands of minors and keep consumers away from harder drugs often sold by black market dealers. Simply, a locally regulated market would actually bring cannabis back under the control of regulatory authority and out the hands of criminal gangs. County Durham already have such a tolerated system in place, with clubs working closely with PCC Ron Hogg and police.

All mammals have an indigenous Endo -Cannabinoid System which can be supplemented by phyto cannabinoids found in Cannabis and Hemp.
https://www.ncbi.nlm.nih.gov/pmc/articles/PMC2241751/ and as such many millions of people world wide attribute cannabis as the most effective stand alone or add on treatment for their illness or symtpoms.

The petitioners are aware of the latest law amendments and regulations, which came into force on Nov 1st 2018. These new regulations do not go far enough in providing access for all those patients who desperately need safe access to cannabis medicine. In fact, the regulations currently create further barriers to access, and also create social divide due to the prohibitively high costs involved with accessing medicine as a private patient in the UK. There were new guidelines issued for these regulations in March 2019, but these are still very limited in their scope, coupled with the fact there is currently a limited number of specialist prescribers in the UK who have the knowledge and are willing to prescribe cannabis medicines. The majority of these work within the private health care sector and the NHS has no plans currently to outsource to these establishments.

Cannabis is far less harmful than alcohol in terms of social recreational cannabis consumption. See links below for citations and studies.

War on drugs 'a failure' as convictions for cannabis in Bristol plummet
The article stated:-

"According to Ministry of Justice data, the number of people found guilty of possessing the Class B drug in the Avon and Somerset Police area fell from 685 people in 2012, to 219 in 2017. That means that over five years convictions for the having the plant have fallen by 68 per cent. Avon and Somerset Police admitted part of the decrease was due to officers with large workloads not having the time to take "proactive" action.

A spokesman for the force said other factors for the change included more out-of-court disposals - minor reprimands made by officers - and its drugs education programme.
Dr Ian Walmsley, senior lecturer in criminology at the University of the West of England (UWE), said the decrease in convictions was "not something you'd expect to see in a traditional police force" but that Avon and Somerset was one of two areas spearheading change in drugs enforcement.

Anyone caught with drugs for personal use can either go before a judge - or enter the drugs education programme."

What has happened with crime rates where cannabis use is legal?

In Colorado, which legalised recreational use of marijuana,there has been no epidemic of crime. Overall, crime has fallen by 15% and murder has dropped by 50%

The petitioners are aware that many hundreds of petitions to national government to amend/repeal/abolish UK cannabis laws have been either totally ignored, or poorly debated and inadequately supported by MPs in the House of Commons. Therefore this petition is directed at local policy and decision makers and the citizens of Bristol.

Bristol Cannabis and Compassion Clubs, their members, supporters, other clubs in the area and anyone else who consumes cannabis, hereby petitions the following persons :- The Mayor of Bristol, Police and Crime Commissioner, MPs, Chief Constable of Avon & Somerset, City Councillors, and the people of Bristol and its suburbs to

1) Permit our current and future clubs to have safe permanent venues within which to operate in the city of Bristol and surrounding suburbs for our existing and future members and the people of Bristol and said surrounding suburbs.
2) Launch a pilot scheme of tolerance within the city to allow our clubs to operate without unwarranted interference either from the law or organised crime
3) Allow our clubs to launch licensed and regulated pilot schemes to ascertain the safest methods of supplying the clubs including collective or gardener local grows and/or importation schemes with the appropriate licenses.
4) Support ongoing cannabis harm reduction projects which can only happen once the above requests are met. Sensible and cohesive harm reduction is hard to sustain under a culture of prohibition and criminalisation.

Once our requests have been agreed Bristol Cannabis Club will use its considerable experience and knowledge to work with the appropriate authorities to implement a locally regulated and tolerated system, whilst we wait for sensible national policy to prevail.