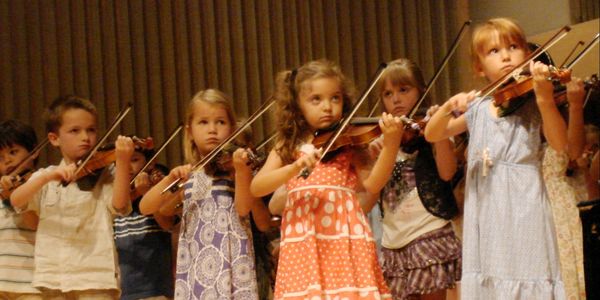 PLACE THE RESPONSIBILITY OF CHILD PROTECTION SERVICES IN THE HANDS OF THE FEDERAL GOVERNMENT, NO LONGER ALLOW STATES TO DELEGATE POWERS OVER CHILDRENS SERVICES.

Child protective services are not any way affiliated with law enforcement, hence the reason they need a form if your permission to take your children. Fear tactics, duress, and threats made to the parents as well as asking questions that coach a child to say words that would trigger CPS to initiate the removal of children from a parental figure are all examples of how CPS "validates" an act of removing children "legally". Which would allow the parent to eventually weaken under pressure and physically hand their children over. That is called nonverbal permission, you have physically basically said "ok". These people are bullies and the state profits off of children in foster homes. It is job security for social workers.

That is the only way CPS can legally take your children. You don't have to talk to these people. They are just like Jahovahs witness or any other solicitor that comes knocking on your door, And they need to be treated as such.

CPS CASES ARE NOT CRIMINAL PROCEEDINGS. SOCIAL WORKERS ARE COVERED BY HIPPA WHICH MAKES EACH CASE A MEDICAL FILE AND BEHAVIORAL HEALTH ISSUE.

Don't fall victim to their manipulative ways and stay AWARE of the games they play. This is the lives of children being affected and should not be handled carelessly. You have the right to tell them NO. This is not a criminal proceeding. They are covered by HIPPA, which means they are treating each case as a BEHAVIORAL HEALTH issue. This is a medical process. And you have the right to tell them who can and cannot have access to your children.

A judge by law is the only one who can decide if your incapable of parenting your children. It is against the law for anyone to take your children from you and no one can do it unless you hand them over. This is called legal kidnapping. That's why they use so many scare tactics. Do not let them win. It is a form of slavery and child trafficking. They capitalize off of the numbers of children that are in the system. They have no intentions of helping you become a better parent if in fact there are apparent issues with in your family. Demand every CPS case in America gets audited and reviewed. To show the numbers of children actually reunited with their parents is at a staggering, tragically low percentage compared to how many are actually adopted and never reunited.

HOW MANY CHILDREN END UP MISSING FROM CPS CARE???

That's the part they don't talk about or address. It's time to put the lives of our children back in the parent's hands. The states have not appropriately allocated the powers of our foster care system, nor do they have a proper system that has shown any kind of success rates and it needs to be revised and put in the Federal Governments jurisdiction.

Demand that DFYS, AND CPS AND CHILDRENS administration become a federal responsibility so that the laws are the same across the USA and the social workers job responsibilities are taken more serious. Especially in regards to the violations of their code of ethic and the punishment of not holding up to the ethical code they vowed to keep will be implemented as federal employees. It is our duties as americans to exercise our rights to LIFE, LIBERTY AND THE PURSUIT OF HAPPINESS.

This country was created UNDER GOD, and IN GOD WE TRUST, ONE NATION with LIBERTY, AND JUSTICE FOR ALL.

What are we doing allowing them to blindly, and ignorantly lead our country to failure. Stand up for your rights and stand up for your children. As a parent, I will not allow any one ever again to tell me how to raise my child.

They got me once for 3 children. They will never get me again for my only child. It is my duty to educate Americans to stand up for your childrens rights. Which actually they have no rights until they are 18, it's our job to protect them until they are if age to make their own decisions. That's why CPS is able to bully their wa over your custodial rights, because children have none.

Demand a judge's orders if CPS ever comes knocking on your door. Demand to see it in black and white. You don't have to talk to them you don't have to answer to them, and they cannot take your kids unless you let them.

IN 2004, UNITED NATIONS CREATED THE INTERNATIONAL CHILDRENS RIGHTS ACT. AMERICA AND SAUDI ARABIA SIGNED THE ACT BUT NEITHER OF THOSE COUNTRIES ENACTED THEM IN THEIR GOVERNMENT LIKE THE OTHER 196 INTERNATIONAL STATES DID.