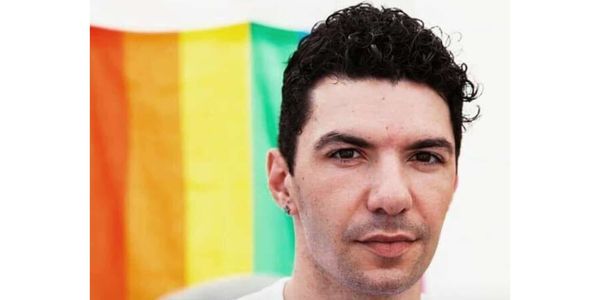 A Beloved LGBTI Activist Was Murdered in Greece. The Police Involved in His Death Are Walking Free.

Zak Kostopoulos was a queer activist, drag performer, and adamant human rights defender. His family, friends and community were devastated when he was brutally beaten to death by civilians and police in 2018, and the nation erupted into protests against the obvious injustice. Now, despite overwhelming evidence years later, the officers involved were let off the hook by a jury. We cannot allow Zak's devastating story to be forgotten -- the lives of thousands of other Greek LGBTI+ folks are at stake, and police impunity sets a dangerous precedent.

Sign the petition now to demand that these officers be fired and never allowed to police the community again!

On a fall day in Athens, Zak was brutally attacked by two people outside of a jewelry store – one of them was a member of the country's far-right nationalist party, National Front, and the other was the owner of the jewelry store. It's unclear why Zak was inside the store – some bystanders say he was attempting to escape an altercation on the street – but from video footage of the violent attack, Zak was locked inside and trying to get out. After the owner of the store broke the window, Zak crawled out onto the in an attempt to escape and while doing so, the two men repeatedly kicked him until he appears he fell unconscious. When the police arrived on the scene, they used violent, unnecessary force to arrest him – while he lay dying on the ground beneath them. He desperately needed help, and he was only met with more violence. Zak died tragically while being transported to the hospital. The scene was so graphic that an eyewitness described the killing as a modern day "lynching."

After the details of the case emerged, his family demanded his death be tried as a murder. But while the two men who attacked Zak have been found guilty of lethal bodily harm, an Athens Mixed Jury Court acquitted the four officers who were involved in Zak's death. This sets a dangerous precedent for police in a time where civilian and officer violence against LGBTI+ people is on the rise. Why do they keep getting acquitted for murder of the very communities they are supposed to be protecting?

Zak fought adamantly for freedom and equality, and now it is our job to honor Zak's memory by fighting for justice on his behalf. Even though the police are acquitted, we can still demand that they are fired and never allowed to police the community ever again. Sign the petition now to get these murderers off of Athens streets!

Photo credit to Facebook/Remembering Zak Kostopoulos
Sign Petition
SHAREShare With FriendsTWEETEMAILEMBED
Sign Petition
See more petitions:
You have JavaScript disabled. Without it, our site might not function properly.

Care2
A Beloved LGBTI Activist Was Murdered in Greece. The Police Involved in His Death Are Walking Free.
SHARETWEET