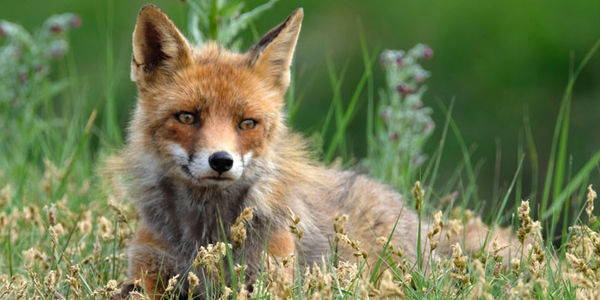 We, the undersigned, join Sir Ranulph Fiennes in calling for the lenient sentences given to George and Thomas Grant to be reviewed, and for all hunt thugs who attack and assault people to receive their just deserts.

Two hunters - George and Thomas Grant - have walked free from court after pleading guilty to a brutal attack on wildlife crime investigators that nearly killed a former police officer and left him with a broken neck.

The two were among a gang of 6 – four of them wearing balaclavas – who are allegedly part of a hunt which was being monitored for possible illegal hunting. Despite the ban on hunting, dozens of hunts across the country continue to illegally and cruelly hunt thousands of foxes – including young cubs - as well as deer and hares for so-called 'sport'.

After they were arrested, the pair repeatedly refused to comment when asked by police about the identities of the other four men involved, who are still at large. They have never shown any remorse for their crimes.

After hearing a character reference from the older sister of the late Princess Diana, the judge at Leicester Crown Court gave them a suspended sentence and community service, and told the men to pay their victim just £500 in compensation.

We are concerned that letting these two off with a slap on the wrist may be seen by hunts as a 'green light' to continue to carry out brutal assaults without fear of serious consequences.

It is the latest in a string of violent attacks carried out by hunt thugs who have walked free from court. They include:
• hunt supporters attacking a vehicle with baseball bats, dragging the occupants from their vehicle, and punching and kicking them repeatedly;
• hunt supporters attacking people with knives, leaving at least one with serious stab wounds;
• 12 members of a hunt viciously attacking a pensioner after she complained about a hunt trespassing on her land, leaving the woman – who was in her 60s - with serious injuries;
• hunt supporters wearing masks and carrying hammers smashing a car windscreen and rear windows;
• a campaigner being left with broken ribs and a collapsed lung following an assault by hunt supporters who then blocked the road preventing an ambulance from reaching her;
• hunt thugs breaking the leg of a protester by pinning him down and smashing his leg with a large boulder;
• a hunt protester being left critically injured after being attacked and ridden down by hunters; and
• anti-hunt campaigners being hit on the head with a pistol, having their cars rammed and set on fire, and being attacked with baseball bats in their own home.

Hunts have been known to bring in as many as 30 or 40 thugs, often wearing masks or balaclavas, to prevent observers witnessing alleged illegal hunting. Police and ambulance crews have feared for their own safety when they've been called to attend.

No hunter or hunt supporter has even been jailed for these appalling acts of violence. Unless the criminal justice system takes this issue seriously, it is only a matter of time until someone is killed.

We therefore call on the Attorney General to review the sentence passed down by Leicester Crown Court for being unduly lenient, and to ensure that in future all those responsible for such violent assaults receive the appropriate custodial sentences.

Photo by Erwin Voortman on Unsplash
Sign Petition
SHAREShare this petition with friends!TWEETEMAILEMBED
Sign Petition
See more petitions:
You have JavaScript disabled. Without it, our site might not function properly.