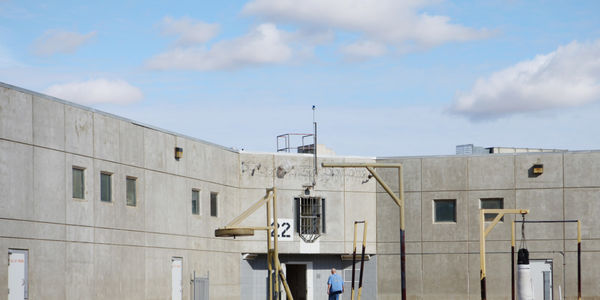 An FBI polygraph test will get Captain Mark Richards released from prison.

Navy Captain Mark Richards was an officer involved in the Dulce Battle as well as very active in the Secret Space Program and U.S. Space Command for many years prior to being arrested and convicted of a murder he did not commit. This is a classic case of the government framing someone who they feel may be turning against them from within the military. "... When the truth was evident that sub-humans and other creatures were being produced from abducted human females, impregnated against their will, a secret resistance group formed within the military and intelligence agencies of the U.S. Government that did not approve of the deals that had been made with the 'Off-worlders'. Many of these brave humans would be assassinated, or "died under mysterious circumstance," or would be silenced in other ways. -- https://www.youtube.com/watch?v=5bPhG3WP2xM -- Under secret Presidential Order, signed by President Jimmy Carter ... http://www.angelfire.com/ut/branton/THE_DULCE_BATTLE.htm -- 9/11 cover-up conspirator = Donald J. Trump. -- As soon as anyone starts talking about "9/11 was planned and directed from Afghanistan", I stop listening. The only people involved with 9/11, live right in America. It's the only way anybody could do something like this attack. This was done from high up, and carried out by what I call 'robots', who do anything that they're told, even if it means killing American citizens. 9/11 was a 100% inside job!!! -- Soon: Donald J. Trump, polygraph test. -- http://wtcdemolition.blogspot.com/ -- 9/11 Nuke Aftermath ... Nearly 10,000 first responders and local residents have now been diagnosed with cancers linked to the nuking of the WTC on 9/11. -- http://www.youtube.com/watch?v=D7FNGWsjj_Y -- TRUMP is a CHILD RAPIST -- If I'm Trump and thoroughly convinced of my own innocence, the first thing I'm going to do is call for polygraph tests all around. I'll take one myself first then I'll challenge my accusers to do likewise. Let's see who's really telling the truth, and not afraid of the light ....... Trump refuses to release his taxes because it will reveal the many out of court settlements he has paid to silence his victims and their families. -- Michael Parker, 10 years old, oral rape, Mar-a-Lago, FL. 1992. Trump paid his parents a $3 million settlement. -- Kelly Feuer, 12 years old, $1 million settlement paid in 1989, allegations of forced intercourse, Trump Towers, NY -- Charles Bacon, 11 years old, $3 million, allegations of oral and anal intercourse, 1994, Trump Towers, NY -- Rebecca Conway, 13 years old, intercourse and oral sex. Trump Vineyard Estates, Charlottesville, VA., 2012. $5 million -- Maria Olivera, 12 years old, her family was paid $16 million to settle allegations of forcible intercourse, occurring in Mar-a-Lago, FL in 1993. -- Kevin Noll, 11 years old, anal rape, Trump Towers, NY. 1998. -- Katie Johnson, 13 years old, rape, Jeffrey Epstein's mansion (71 St.), NY. 1994. https://www.youtube.com/watch?v=DHLjm9kHFe8 -- Clarence Thomas: Polygraph evidence in court.... "soon to be admissible!" -- Anita Hill = trustworthy.

President Carter is One of the Greatest presidents Our Country ever had. http://www.angelfire.com/ut/branton/THE_DULCE_BATTLE.htm

9/11 was a nuclear event. https://www.facebook.com/911illnessinformation/

5G is the pandemic. https://actionagainst5G.org/

Phil Schneider -- Phil stated that he was present at one particular meeting which included high level United Nations officials. The meeting was held in an undetermined underground location, and NOT the U.N. headquarters in New York. According to Phil, this facility included large expansive meeting rooms (identical to the U.N.), and a specific "raised seating area". In this elevated section sat multiple seven foot tall Grey aliens who were "dictating policy" to U.N. officials.